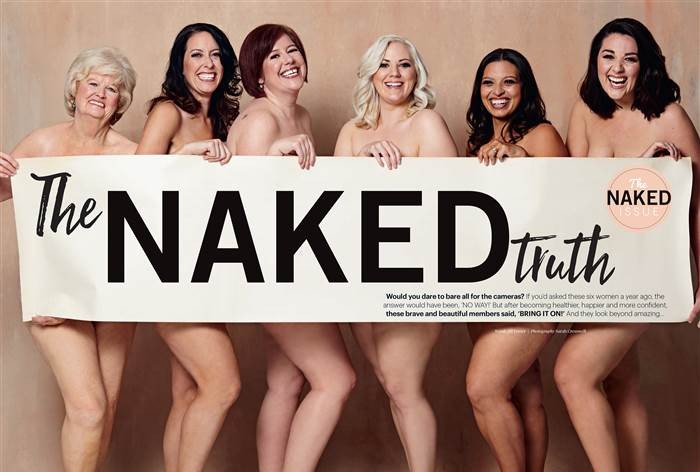 I love the idea that women can be both healthy, curvy, and striving for an overall goal of wellness instead of obsessing about a number on a scale. So when I saw the new Weight Watchers magazine cover, with its members posing naked, I couldn’t have been happier. People just don’t equate curvy women with eating healthy–they assume you need help, or you don’t care about your body, and that you don’t love yourself like everyone else. Obviously we know these claims are far from the truth, but it’s an incredibly healthy reminder for society to see these women, talking about their struggles with weight, their relationship with food, and loving their body in the midst of it. 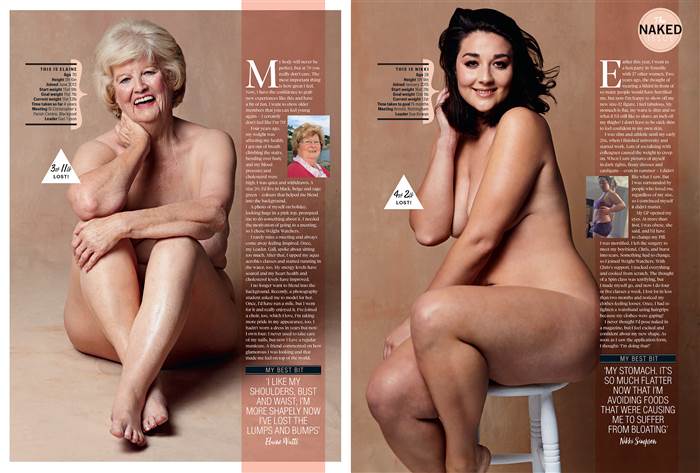 Helen Renshaw, editor of Weight Watchers Magazine UK, told Today, “We wanted to create a piece that would be a celebration of body positivity. The six women we featured have lost close to 23 stones (or 322 pounds) between them with Weight Watchers, and that’s given them a giant confidence boost. They have the same lumps, bumps, cellulite and ‘mummy tummies’ as most of the female population, but they are proud of their weight loss and the choice they have made to lead happier, healthier lives. They want to celebrate this.”

The relationship between curvy women and fitness doesn’t have to complicated, and nude spreads like this is a step in the right direction. At the end of the day these are just women, finding ways to love themselves and take care of their body in the best way they know how.