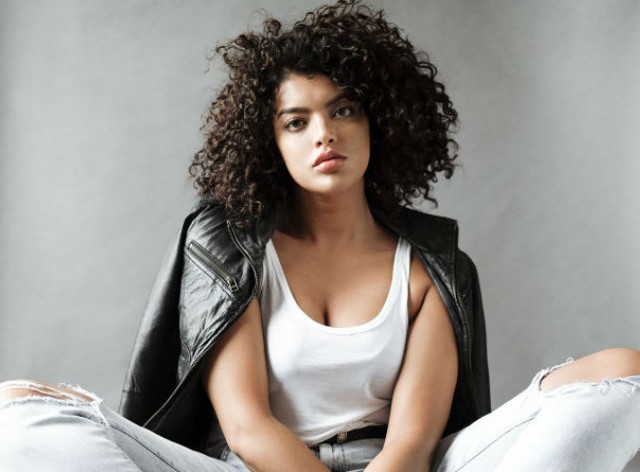 A lot of times curve models are put at the back of the section, or too often labeled as being the ‘other’ option and not a top pick when clients ask for models for a fashion or beauty shoot. As a fashion editor, I can attest to this–every time I have requested to work with a model, the agent sends me a list of others that they want me to consider as well and they’re all usually the same people no matter what kind of shoot I’m doing.

But IMG is clearly trying to change that since they are responsible for model heavyweights like Kate Moss and Karlie Kloss, it was only a matter of time before they got on board and realized the immense potential that curve models have that people were blatantly ignoring. And since they integrated their ‘curve’ board with every other model, there’s never been a better time for curve models to take the spotlight.

In a recent Fashionista article, we got to get a closer look at some of the newest additions to their board and thankfully, the future of modeling is looking bright for women. Scroll down below to see some of my favorites.

I like Georgina because by the looks of her social media, she has a lot of fun, enjoys modeling, but doesn’t take life too seriously. In her portion of the interview she said, “It goes beyond having my picture taken. I want to be able to stand up in front of a room full of women and help them understand their worth. I was bullied as a kid, I’m in this amazing job I never thought was possible, and if I can use that as a platform to speak out, then wow.” Made me like her even more!

From her portfolio it seems like Michelle has done a lot of commercial work, but is climbing her way up to more fashion jobs. In her portion of the interview she said, “You don’t have to be one size to be healthy. I didn’t really have that when I was younger, and I think it’s cool to get that out there. I’m really into sports, I love snowboarding and surfing and all these outdoor things … you don’t really see a size 12 up on those ads, so it would be amazing to do something like that. As far as goals, I’m down to do whatever comes my way.” I mean we’ve been preaching that wellness doesn’t come in a size, but hey, about time more people get on this train with us!

Yay for a woman of color being added to the roster! In the article she says, “When I started out there weren’t that many curvy models, let alone curvy models of mixed heritage and of color. For me to represent however many curvy and mixed girls out there … we live in such a diverse multicultural world that’s not always heavily represented in media, so just having a voice [is exciting].” We’re just as if not more excited Saffi.

I spent most of my life hating my body. Thinking that it was bad and spending almost two decades dieting and fighting an eating disorder. Having the opportunity to work as a model at a size I don’t have to fight to be at has been the greatest blessing and dream come true. It has played a pivotal role in realizing my own enough-ness so that I can serve as a role model for others to do the same. — I’ve struggled with using food as a coping mechanism for as long as I can remember and as I do the inner work to learn to process feelings appropriately, I notice that the urge to eat for relief or for soothing is slipping away and my body is slowly changing. I am committed to improving my experience of this lifetime in some way every single day, and it all starts from within. The reason I am so passionate about clean eating is because it has cleared my mind and body in a way that allows me to do deep inner work and develop a clarity and self-awareness beyond what I’d ever experienced. Food is now about my inner experience much more than it is about my outer body. Nothing compares to finding wholeness from the inside out. And I have no doubt that as we do the inner work that it will then manifest into our outer physical and more tangible experience. — Photo by @nicolelebriscreative – Styling by @ldiamondstyle — #imgmodels #calvinklein #bodypositive #soulwork #cleaneating #thereisnowrongwaytobeawoman #honormycurves #effyourbeautystandards #mycalvins

Danika’s story in particular hit a soft spot for me–she’s been very open on social media about the struggles that she has had with her weight, her relationship with food, and has even built a wellness brand that proves support and a meal plan to eat healthy to prevent women from starving themselves in hopes of a goal weight. In the interview she said, “I’m thrilled to see this kind of curve movement going on. I just know how much I struggled with food. It was such a pain point for me. I had a severe eating disorder growing up and I never felt beautiful. If I had seen more women who looked like me in the media, I think I would have had a better perspective on my own worth. I think it’s something that’s way overdue, and I feel really grateful that I get to be a part of it and to be a role model, to use this as a way to empower others.” We’re extremely inspired by these women, and hope to see a lot more of them in the future.