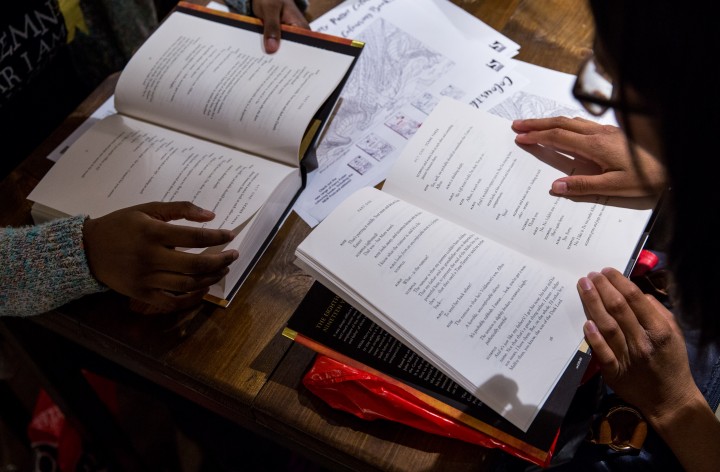 Asian-Americans Were Missing as My Literary Role Models
by Stephanie Jade Wong | August 5, 2016 at 12:00 PM

When you’re really enjoying a book, sometimes you’re invested in one of the characters in which you feel the closest connection. I feel this connection often, but I realized that I never connected with literary characters as a child.

I can’t get enough of NBC’s reflection of Claudia Kishi from “The Baby-Sitters Club” book series.

In school, I was always the quiet, shy, over-achiever. I used to hate that people saw me in this light. I don’t now, but I have a better understanding of why I was the way I was.

Teachers encourage kids to speak up in class. I understand this has to do with engagement, but personally, speaking up in class didn’t help me learn. We all have our different ways of learning things. I’d answer question when I was called on or raised my hand to speak when I thought it was necessary, but it seemed that it was never enough, since others would often talk a lot more than I would in class. So I was always just quiet and people called me shy because I wouldn’t speak much in class. The way I learn is very independent, which was why I was seen as an over-achiever.

My point is: Although that was who I was in the classroom setting, that didn’t define me as a person. I wasn’t just all those things people saw me as in school. I loved art, entertainment, fashion and beauty. But I never read about any other Asian girls liking these things.

My favorite book series growing up were the American Girl books. I liked learning about people from different places, but I was always jealous of girls who got American Girl dolls that looked like them. Sure, I could customize a doll to look like me, however none of the characters in the books I read were Asian. Yes, there have been Asian characters in the past, but those came after I stopped reading the books around third grade.

Many American Girl fans will remember Jess McConnell, a Japanese-American Girl of the Year character. I don’t; she was past my time.

I was shocked to find out about Ivy Ling, a Chinese-American Best Friend character. She’s from the same state as me and did gymnastics like I did! I wish this character was around during the time I read the books, but again, she was past my time. I was also sad to read that she was one of the handful of American Girl characters who the brand has discontinued or has “retired.”

The only American Girl book I read with a Chinese character in it was Spring Pearl, because I stumbled upon it one day at a bookstore. She was from the Girls of Many Lands collection. The binding on this book almost broke because I read it so often.

I was in my late teens at this point and understood more about my culture. Reading this book actually made me do more research into other books about my culture. Whether it was fiction or non-fiction, this book made me go out and buy a lot more books about Asians, Asian-Americans and Chinese-Americans. I wanted this connection to characters who could relate to my background in a way that I never got as a child.

Perhaps this was great as a teen, but I wish I had this when I was in elementary school. I wish I had the access to more books about my culture and I wish more people talked about it. But all the wishing in the world can’t change the past.

What we can do now is show children that there are all kinds of people all over the world, and that every culture is important and should be shared and learned about equally.

Tags: books, Culture
About the Author