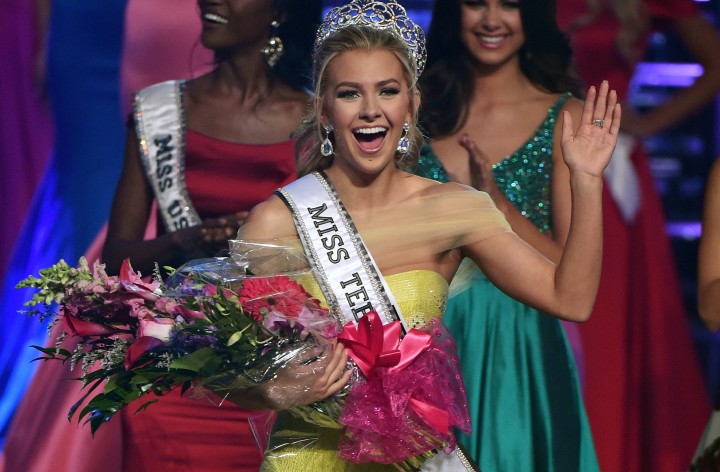 By now, you’ve probably heard about how Karlie Hay, Miss Teen USA, has been in the spotlight. It’s not just because she won the title, but because she’s tweeted using the N-word.

Hay has since apologized for her tweets, but she didn’t lose her crown.

Did you hear about how Miss Florida USA 2017 lost her crown because she hired professionals to do her hair and makeup? Clearly, Miss Florida broke the rules and was stripped of her title. Maybe there aren’t any hard rules like, “don’t use racial slurs on Twitter or you’ll be out of the competition,” but we don’t need such a rule, do we?

Anyone who takes the title of Miss Teen USA is a public figure. You should know that going into the competition. That should make you realize that anything you do in public and on social media sites can come back to haunt you.

Sure, she was 15 when she tweeted this, but that’s still not OK. We all post stupid things online when we’re 15. We’re teenagers. But not all teenagers strive to become an important public figure and role model. If you wouldn’t say something to someone in person, don’t type it out behind a computer screen.

If Hay gets to keep her crown, what does that show young girls? Yes, she messed up and we all mess up. Mistakes are part of life! But she’s got to do something more. She may have won that title, but what will she do with it now? It’s one thing to apologize, but I don’t think that’s enough.

Obviously she didn’t think this would come back and bite her, but it did. So how is she going to make it better? I don’t know. I don’t know if she can ever erase something like this from her name now that it’s been discovered. However, I think her actions after this are what will define her future.

The 18-year-old Texan’s Miss Teen USA bio said she wants to be a voice to advocate for people who are effected by alcohol and drug abuse. This is such an admirable goal. I don’t doubt that she can succeed. I’d like to see her put these tweets behind her so she can do something good.

It’s a burden to carry such a harsh judgement on your shoulders your whole life for one wrong move. What she said was wrong, but she’s got to do something right to make up for it. Everyone has to prove their worth in some way or another in their profession. I think she’s got to prove that she deserves the crown.

I hope young girls can watch Hay act on her mistake and be the person the judges saw that she can be.