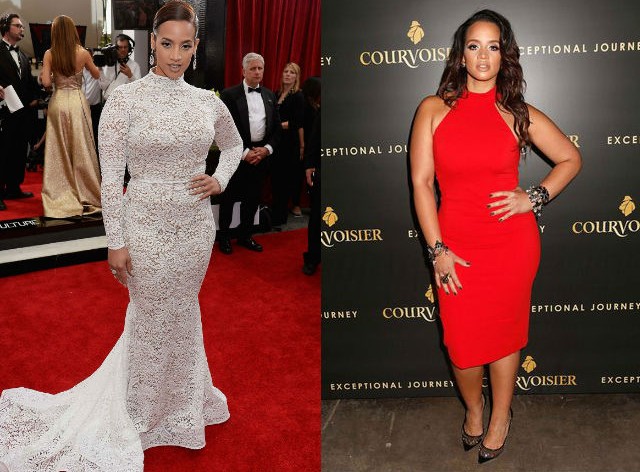 We love OITNB’s Dasha Polanco–and have for quite some time now. She’s been a heavy-hitter on one of Netflix’s hottest shows, has millions of followers, and is unapologetic about her body. What’s not to love?

So when Vogue recently wrote about Dasha and posed the question of why she doesn’t have more designers begging to dress her for premieres, I kind of laughed to myself. The fashion world can be quite exclusive and delusional at times, so maybe it wasn’t already clear, but if a top fashion magazine is wondering why a curve celebrity isn’t getting more play in the fashion world that’s obviously something they have the ability to change.

In the post Dasha talks about dealing with high end brands, and it’s clear that their loyalty is only with certain starlets who fit a certain aesthetic. “I had a situation with a high-end brand the other day where I had personally invested so much money purchasing their items, and I love what they do, so I had my publicist reach out to their PR team. Their response was, “Oh, you’re not the sizes we have, not right now, maybe in the future. Now even if they want me  to [wear their designs] down the road, I will not give them the pleasure. It’s disappointing, but I try to work with up-and-coming designers who will make things for me and who will collaborate with me. People who love my curves and embrace them as much as I do.”

And of course there was mention of Christian Siriano, savior of all curve women who want the same attention that other women get when it comes to the red carpet, but I was disappointed that there was very tame calling out, no suggestions of other designers that she should wear, no investigative thoughts or reasoning as to who could help. And to be honest, if these publications really and truly wanted to support curvy women, why didn’t we see any at the Met Gala? It’s the perfect opportunity to join together a designer and woman and make a statement to the fashion world.

In the end, Dasha talks about looking into designing her own line similar to Melissa McCarthy since it’s so hard for her to find cute clothing to wear which I’m all for, but it still would have been better to use some of that fashion power to pull a designer to the side and say, “Hey, why won’t you dress Dasha?” I’ll wait.