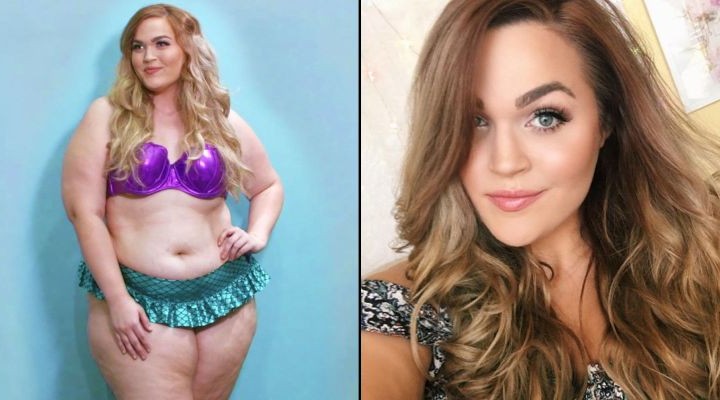 Curve Blogger Loey Lane Shows Us How to be a Disney Princess at Any Size
by Lindsay Peoples | August 2, 2016 at 7:00 AM

What if we lived in a world that created positive role models like Disney princesses for girls of all sizes instead of the negative affects it can often bring upon girls? I mean there’s already studies proving that Disney princesses aren’t the best role models for young girls because of their impossible standard of perfection. We need to be healthier role models even in cartoons to know that it’s possible to be a superhero or the protagonist of a storyline without looking a certain way.

Curve blogger Loey Lane is making positive strides in the right direction to show people the importance of having body diversity for Disney Princesses, who are often some of the first role models for girls.

In her Youtube video showing off her favorite Little Mermaid-inspired bikini she says, “I’m going to live in this for the rest of my life, who am I even kidding? I’m going to be a mermaid princess for the rest of my life,” she said. And according to Cosmopolitan, after she received a ton of comments wanting more she had to explain why she only featured one outfit and what it meant to her to go on such a nostalgic journey, trying to find Disney Princess outfits that fit her curves.

In the comments she talked about how she felt inspired to be able to show young girls a relatable role model, but that she didn’t feel that way as a kid. Since Ariel is Loey’s favorite Disney princess (her second favorite is Snow White), she wrote Ariel as her name on a name tag. Before she had the chance to wear her tag, another kid stole it, crossed out Ariel, and wrote Ursula. “The fact that the closest thing to my body that I could get was Ursula just hurt me so badly as a kid,” said Lane.

But by showing that it can be done, and that positive role models come in all sizes, Loey has done the impossible. She agreed saying, “By wearing Disney princess gear, and looking beautiful and amazing, and being our own version of a Disney princess, we’re really doing that,” she said.