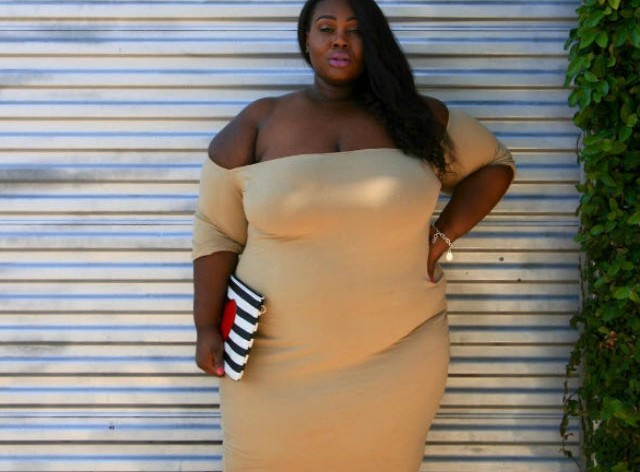 We are Completely Here for #WeWearWhatWeWant Flooding Our Timelines
by Lindsay Peoples | July 28, 2016 at 10:00 AM

As I was looking at the hashtag #WeWearWhatWeWant, I realized a lot of the comments were on the surface saying positive things, but adding in a bit of a jab that they were tired of ‘all this body image talk.’ This only made me post more about, and we’re hoping you feel the same way and continue to spread the word that it’s important to make body image part of the conversation so that women can feel empowered and beautiful and comfortable no matter their size.

The leader of this movement, Simone Mariposa, is a style blogger, and started the hashtag because she was sick of people trying to police what she wears, telling her that she’s too big to wear sexy, tight dresses, and decided to piss those kinds of people off even more by encouraging women to post selfies of things that are deemed ‘unacceptable for curvy women to wear.’

YOU DO WHAT YOU WANT WHEN YOU POPPIN #WeWearWhatWeWant pic.twitter.com/KGQ2PJ8EPQ

Am I too late to rep for other thick girls who love skimpy clothes? #WeWearWhatWeWant pic.twitter.com/LcjXPYvc3V

Obviously the response was overwhelming, with women posting pictures from all over the world, completely slaying me dead looking amazing. How’s that for unacceptable haters?