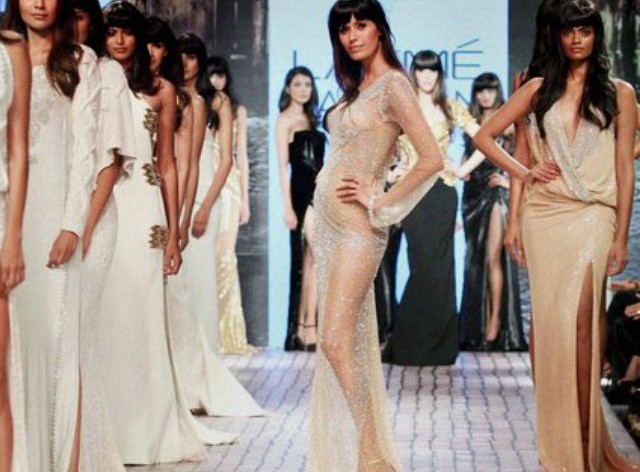 Over the weekend, Indian model Sonalika Sahay was part of a panel at India’s Lakme Fashion Week’s (LFW). India Times reported on Sonalika’s  participation in the competition, quickly realizing her fondness for one of the curvy models in the competition. According to India Times, “…It came as no surprise when the results came out. She didn’t even clear the first round.”

We could already tell that the curve model was being singled out when Indian Times labeled her as “gutsy” for competing. But Sonlika added a notable sentiment saying, “A lot of times people with a certain kind of body shape would not even aspire to be a model or be a part of such auditions. Plus-size models are being appreciated all over the globe, so why not in India?”

It’s a good question to ask, as curve women are finally being appreciated in more areas of fashion yet we forget about the cultural differences in other countries that constantly make women feel like they don’t fit in or belong.

Further into the interview Sonlika mentions that fashion designers don’t go beyond a size eight  unless they’re doing it for a specific model, since there are no curve fashion shows in India unfortunately. And though she did go on to say, “There is a market. Indian women are well-endowed. I don’t see why there shouldn’t be a fashion show for plus-size women. A lot of fashion weeks look at international markets. That could be the reason why fashion weeks don’t look at that direction,” there’s still clearly a lot of work that needs to be done.