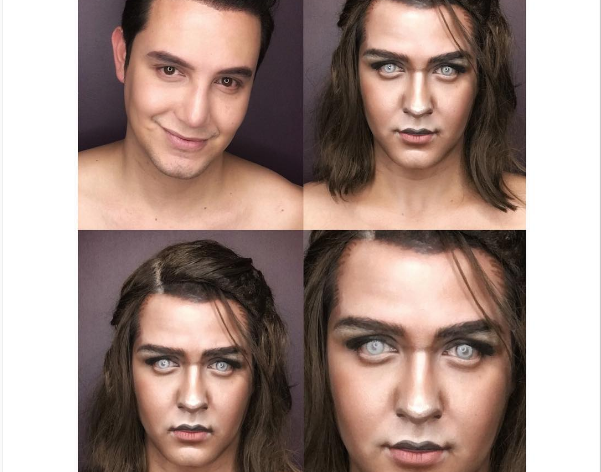 It’s one thing to wear makeup to create a new look for yourself, but it’s another to transform yourself into someone new.

Makeup artists, beauty vloggers and those who are skilled with makeup and paint have been transforming themselves into other people, animals and things for a while now. Here are a handful to keep an eye on.

This talented man transforms himself into many celebrities, and his latest series was of characters from Game of Thrones.

Browse through some of this makeup artist’s work and you’ll wonder just how she transforms herself into men, other women and even cartoon characters.

???? Como la flor Con Tanto Amor Me Diste Tu ???? New video on my Youtube dedicated to all the Selena Quintanilla fans out there ????

Promise has recently been creating more animated character transformations, however they did a lot of celebrity makeup transformations that were popular.

If you haven’t seen my #FindingDory tutorial yet click the link in my bio to watch! ▶️ Tag @theellenshow #theellenshow

Chrisspy uploads a ton of makeup tutorials on her YouTube channel, but has started doing transformation videos as of late. This one came out right in time for Finding Dory.

It’s Tina! Who wants to see how to turn into Tina from Bob’s Burgers?!? If you want a fun costume idea or just a funny video to watch, tappity tap that link in my bio right now! PS. Thank you to @hugehugskandeej for this edit! ????

What are some amazing makeup transformations that you’ve seen?