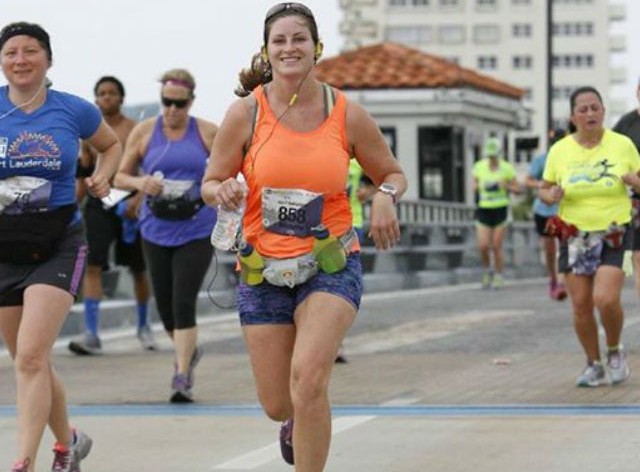 Though I’m not sure what makes people believe that they have the right to comment on someone else’s body, it keeps happening over and over again. The only positive thing to really come out of body shaming is to see women stand up for themselves and share their stories publicly to encourage others.

Michelle Kirk is one of those people for a lot of women, as she shared her story on Facebook, about a man who body shamed her while she was running. She was with her 18-month-old daughter in a stroller, when a man came up to her and told her that she needed to wear a better sports bra because her boobs were sagging. People really do have some nerve!

She went on to say in the post, “You are the reason why women have insecurities. If you don’t like the way my boobs ‘sag’ when I run, then don’t look. I will never stop doing what I love and I love myself way too much to have your hate bring me down. In her post she is flipping the bird (which we love), and she says that she went for a celebratory run afterwards.