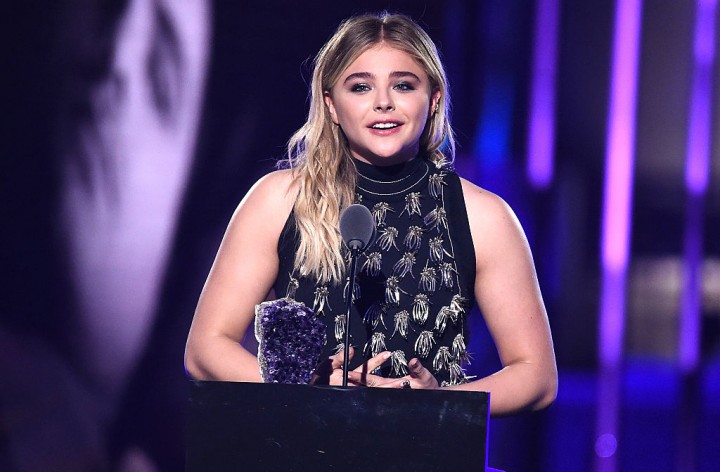 We Would Love if Chloe Moretz and Khloe Kardashian Were NOT Fighting
by Kirstyn Scott | July 18, 2016 at 4:12 PM

We want to be up front here: there are far more important things that are happening right now than whether or not Taylor Swift knew about Kanye’s lyrics. My personal view on that (speaking solely as a human being) – Kanye has a song called, “That’s My Bitch”; are you really surprised that he called you a bitch, Tay? You shouldn’t be. Doesn’t mean you are not allowed to be upset. However, if Ye calls his wife a bitch, there is probably a good chance he’s going to call you one too. All that being said, we are super frustrated by the twitter war that is happening between the C/Khloe’s.

Warning: this post contains graphic images and profanity in the tweets. If you do not want to view these, the net-net is that Khloe Kardashian tweeted a response to Chloe Moretz that contained a photograph of what she assumed to be Chloe’s exposed bum.

Yeah…you read that right. Chloe Moretz was super done with the Kimye/Swift drama and tweeted the following:

We are positive that everyone knows that Khloe is the feistiest Kardashian and consistently fights back on social media when she feels her family is wronged. This time was no different. She replied: 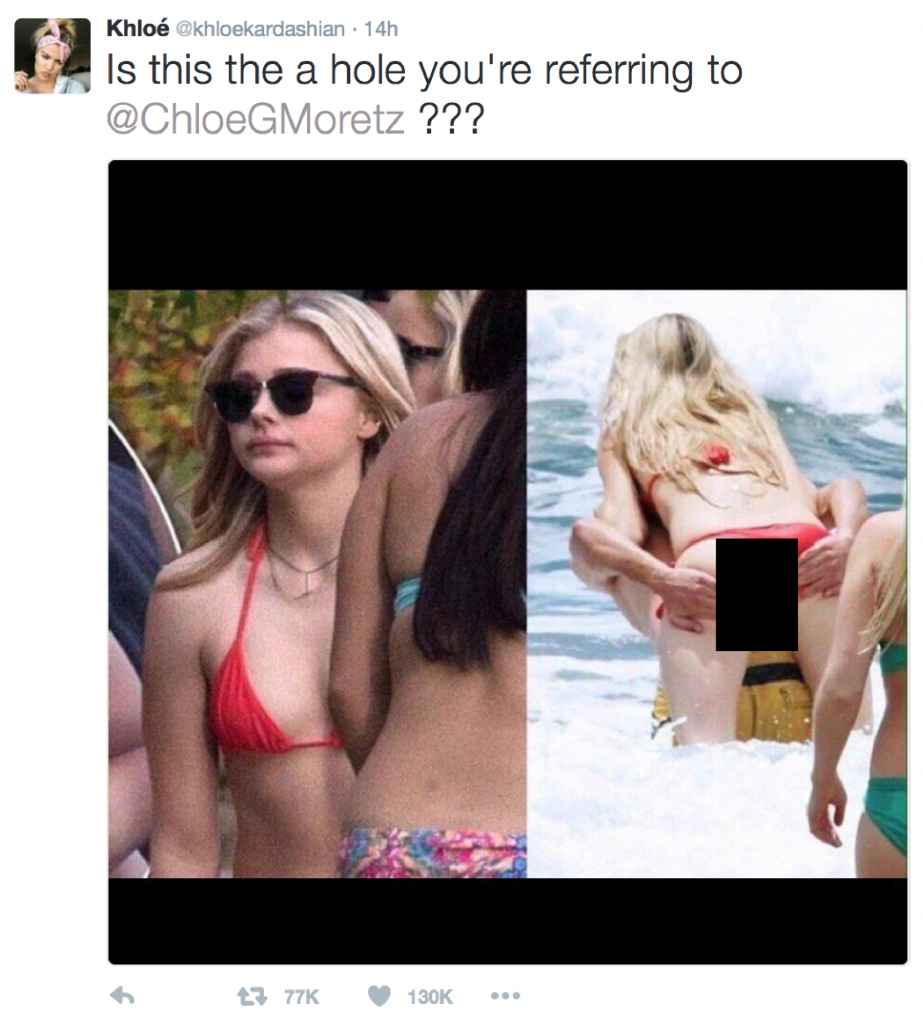 Khloeeeee. Come on. Technically, Chloe didn’t even directly address your family. We get it that you’re the bulldog, but posting what is clearly an embarrassing photo of someone else? It’s not body shaming, but it certainly isn’t cool. She is technically of legal age, but sheesh.

Lots of people had the same reaction, including the very cool Ruby Rose.

Nobody likes being bullied or made to feel worthless.. Yet so many people will go above and beyond to make others feel that way.
— Ruby Rose (@RubyRose) July 18, 2016

She received a lot of flack for it, but we agree 100%. This happens all the time. We watch people get bullied for their looks, their ideas, and everything else that simply belongs to them. Ruby may not be part of the Taylor Swift squad like Chloe Moretz, but she saw a 19-year-old being bullied and stood up for her. We can’t even be mad at her for that.

We actually wish more people would stand up when they see people being bullied; the world would be a safer place for all of us if we did. We also wish that these two ladies were not having a public catfight.

It’s painful for us to watch women fight and needlessly expose each other online, especially when the picture isn’t even of the person being exposed! It’s not good for anyone involved. When women support women, beautiful things happen. When they tear each other down, there’s no need for men to get involved in the bashing – we’ve then done enough damage ourselves.

Here’s to hoping that all of this can stop, and soon. We could all learn the lesson of when and how to stand up for ourselves, how to call out ideas we don’t agree with, and ways to be aggressive without being bullies. Movements like body-positivity depend on it.