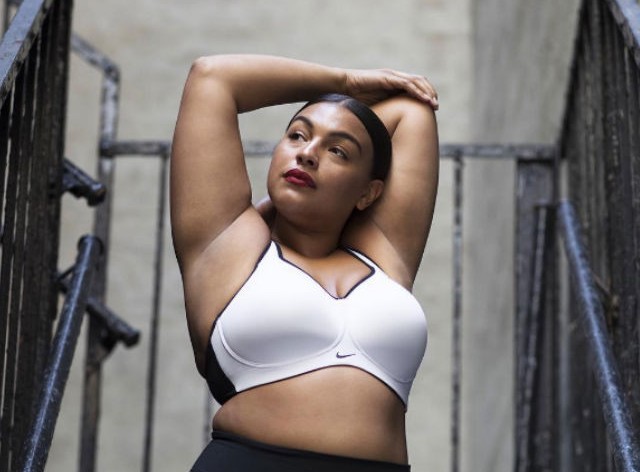 Just a few days ago we were raving about Nike’s first ad in India that featured a group of strong and empowering women from different sports. And now Nike has done another thing to make us love them even more: using Paloma Elsesser, to model their new sports bras.

It’s a powerful move for Nike for many reasons. They have such an incredible cult following, not just from people who like sports and are into fitness, but the brand recognition itself knows no bounds. So commissioning Paloma, who is part of Muse Management’s curve division, is a huge deal because they really could have chosen anybody they want.

Welcome to Sports Bra 101 ???? ⠀ Fact (1 of 4): Most women wear a band too big and cup too small. Raise your hands above your head. If the band moves up, you may need to size down. Learn more through the link in our profile. ⠀ #nike #nikeprobra #sportsbra

Another reason why this advertisement is so powerful is because it shows that major brands like Nike are making a real effort to include curvy women in the fitness conversation instead of assuming that because society is used to seeing Victoria Secret models in sports bras that people won’t identity with women of different sizes.

Nike’s new sports bra is proving to all the haters that it doesn’t matter what size you are, you can still care about fitness and that excluding curvy women out of the conversation of wellness won’t fly anymore. In the ad, Elsesser is demonstrating how to tell if your sports bra fits correctly, and gladly no commentary about her being a curve or a different size than anyone else on Nike’s feed. Many commenters still aren’t happy that the bras only go up to a size E or XL, but it’s a start people!