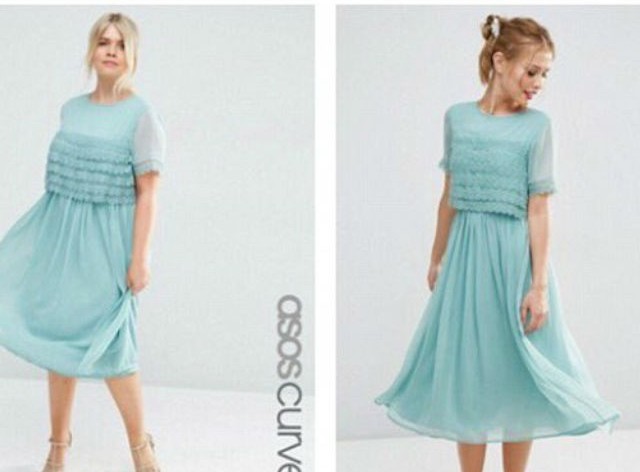 Here’s some upsetting news: some of our favorite places to shop like Bohoo and ASOS are still charging more for curve clothing. Some find this argument pointless since we obviously can’t tell a retailer to change the price on something that they are selling–however, I find this particularly ridiculous because it only happens in women’s clothing. If you are a different size in men’s clothing, or even looking for a maternity dress at a fast fashion retailer it will be the same price as standard size clothing. And to the people that think maybe because it’s curve clothing the manufacturers have to use more fabric, you’re so very wrong that it’s laughable.

If you are a good designer, you know that the cut of fabric changes the game so that you can reuse as much materials as you have to make the most. If you execute a strategic way of cutting patterns, you’ll use the same amount of fabric. And also by that thinking, if you believe it’s more fabric so more expensive to buy curve clothing, petite clothing should be a lot cheaper but it’s not because this is a false illusion and excuse. The discrimination in pricing really only comes to play when it involves curvy women.

Blogger Becky Bedbug decided to tweet at ASOS and Bohoo, comparing prices for the exact same pieces that were more expensive in the curve sizing. On average, the standard sized pieces were $20-$40 less than the curve pieces. Seen below, the two dresses have very different prices but are clearly from the same designer sold on ASOS. ASOS responded saying, “they are classed as separate items and don’t come under the same product codes.” 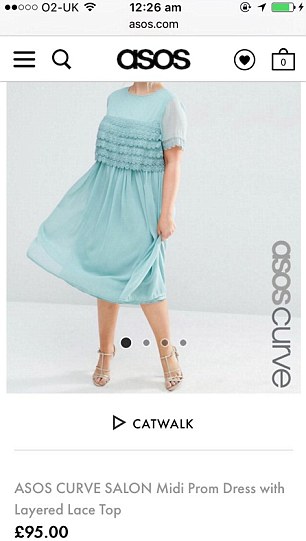 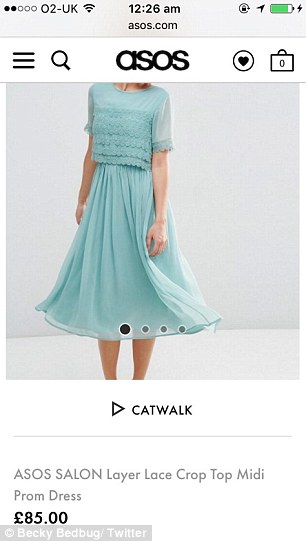 Though we have yet to hear from ASOS and Boohoo as to why this is happening, it’s especially disappointing since these are fast fashion retailers that curvy women highly depend on to get trendy clothing in extended sizing. And though ASOS chose to ignore Becky’s tweets, they did change the pricing on items so they obviously they knew they were in the wrong. 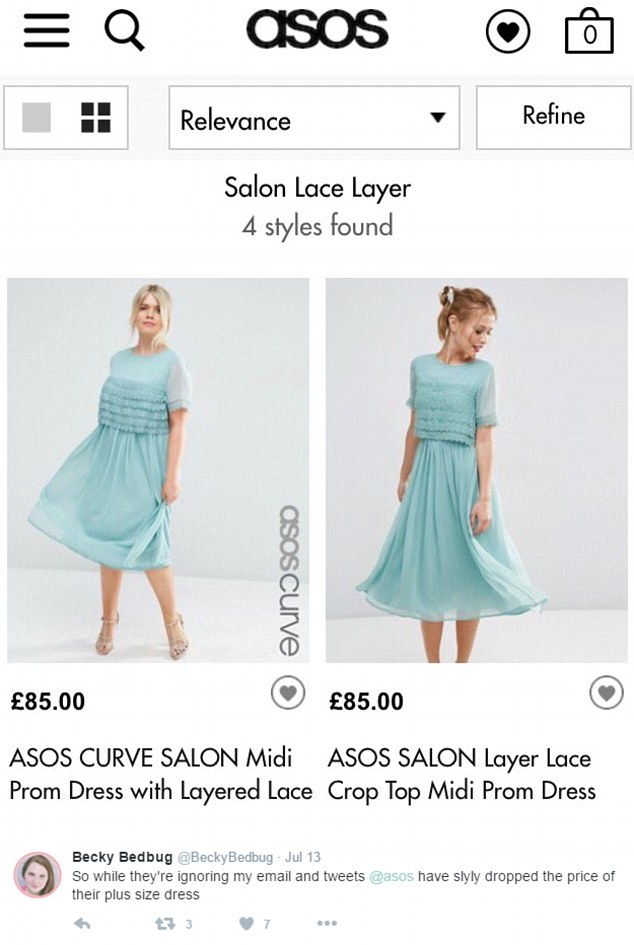 What do you think about brands charging more for curve pieces? Tell us in the comments below.