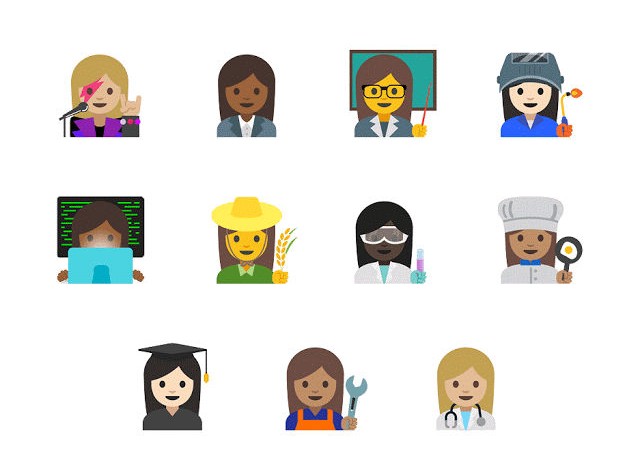 Remember when we were waiting for emoji to come in different skin tones? That one took long enough for Apple to create unfortunately. But now Google is taking it a step further and making an effort to produce more gender friendly emoji to visibly show that the females do a lot more than apply lipstick and put on a red dress.

According to The Washington Post, Google said on it’s official blog, “While there’s a huge range of emoji, there aren’t a lot that highlight the diversity of women’s careers, or empower young girls. These new emoji are one of several efforts we’re making to better represent women in technology, and to connect girls with the education and resources they need to pursue careers in science, technology, engineering and mathematics.” 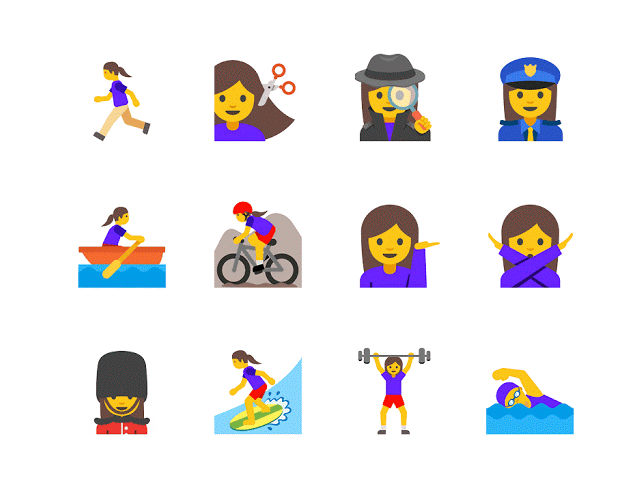 And while to some it’s just emoji, representation of women even in something like emoji is crucial. We’ve already seen multiple accounts of it being proven that images that reflect a quite impossibly high standard of how women should look often leads to negative affects over time–from study about Disney Princesses being harmful to young girls body image to clinical studies that prove that shaming starts young and at a very early age.

It’s also nice that they’ve added female versions to existing emojis because males aren’t the only ones who lift weights or surf! Seeing women with different skin tones, in professions that most think aren’t ‘cookie cutter’ to women like a rock star or a doctor is just what we needed. Next step? Size inclusive emoji.