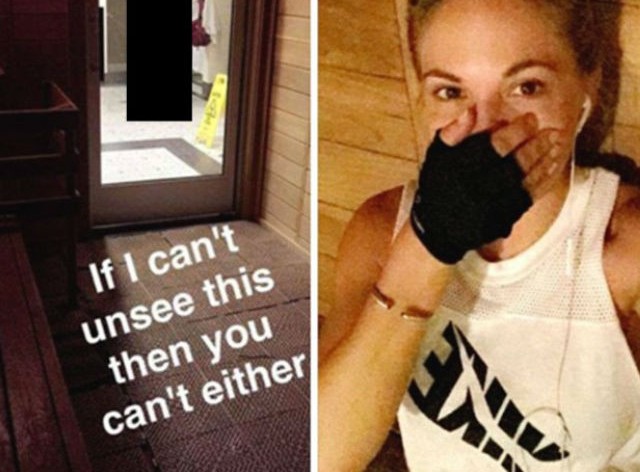 People laughed at the idea when Blink Fitness announced no mirror Mondays even though I personally thought it was a good idea and a step in the right direction for body positivity. But now, there is legitimate proof that being at the gym can be a body image war zone and while it can be a place of positivity, there’s a lot of judgement going on.

Playboy Playmate model, Dani Mathers  took body shaming and judging to a completely different level, forcing us to really think about how the constant pressure of fitness and ‘beach body’ can be extremely damaging to the minds of women, even if they think they’re being harmless.

Yesterday night, Dani Mathers decided to Snapchat photos of a naked woman changing in the locker room. Now let me just say I think taking a picture of someone else in the locker room is completely inappropriate and borderline creeper but unfortunately it didn’t stop there. Mathers continued to snap pictures of the woman, which are now concealed for privacy but were not when Mathers shared them and made comments like “If I can’t unsee this then you can’t either.” 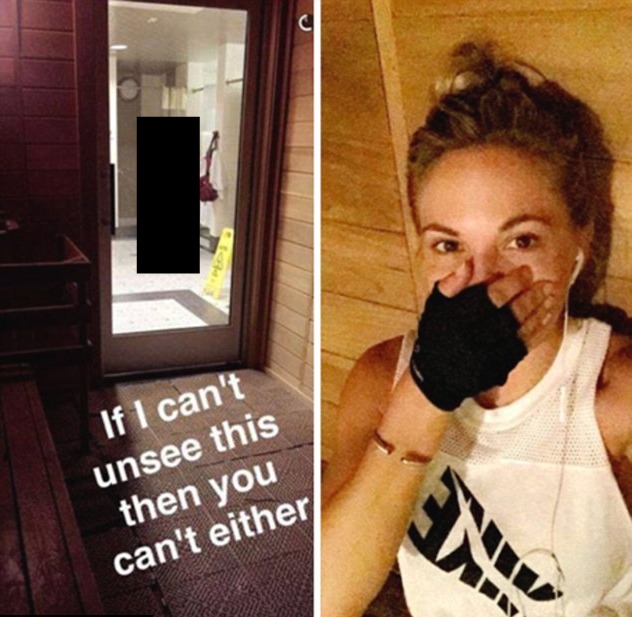 We really don’t get why she would think that body shaming a stranger naked was ever a good idea. In fact, it’s probably one of the more ignorant things we’ve seen on the internet lately. According to Good Housekeeping, Mathers went on to attempt an apology saying, “I just wanted to acknowledge a photo that I accidentally posted on Snapchat earlier today and let you guys know that that was absolutely wrong, and not what I meant to do. I have chosen to do what I do for a living because I love the female body and I know that body shaming is wrong and that’s not what I’m about, that’s not the type of person that I am. That photo was taken to be a personal conversation with a girlfriend, and because I am new to Snapchat, I didn’t realize that I had posted it and that was a huge mistake.”

We’re not buying it and it shows how disingenuous Mathers really is. If you loved the female body so much you would appreciate it in all forms, shapes, colors and sizes. No word on if the naked woman has found out about pictures of her body being blasted to the world on Snapchat, but we’re hoping that Mathers has learned that if you don’t have anything nice to say, don’t say it and certainly don’t Snapchat it.