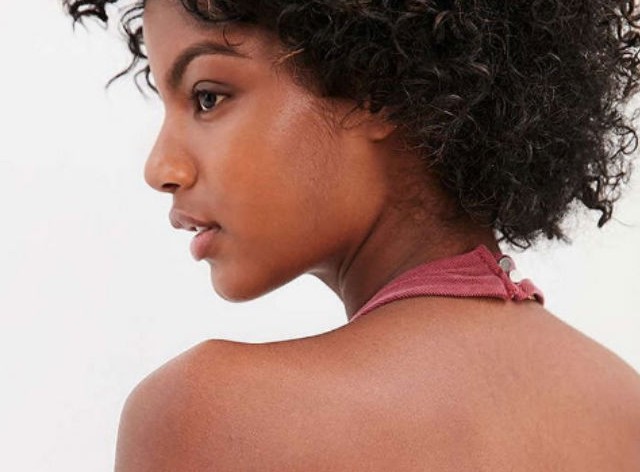 This Model is Begging the Fashion Industry to Change Its Racist Mindset
by Lindsay Peoples | July 14, 2016 at 11:00 AM

Model Ebonee Davis is quickly becoming fashion new favorite model for good reason–she’s outspoken, has a great personality, and is obviously gorgeous. And just after she announced being part of the new Calvin Klein campaign, which is the equivalent of the stamp of approval from fashion people and a guarantee that you will get lots of jobs afterwards, she did something most wouldn’t dare to do and made a statement on the recent killings of Philando Castile and Alton Sterling and talked about how systematic racism is equally as rampant in the fashion realm.

SO proud to FINALLY announce that I am one of the stars of the @CalvinKlein fall 2016 campaign!!!! #MyCalvins ✨ Shot by #TyroneLebon ???????? #Represent

In her statement she said, “It is paramount for us to recognize that we have as much influence and power as the news, the newspapers, and all other forms of media. As artists, we are the embodiment of free speech. We set the tone for society through the stories we tell with our art. Fashion makes peoples minds up about what is beautiful and acceptable. We cannot revel in black culture with disregard for the struggles facing the black community.”

<<Link to entire letter in bio>> I wrote an open letter to the fashion industry concerning police brutality and systemic racism.

It’s incredibly brave for her to take a stand on the issue, especially when most in fashion were too concerned with ruining the aesthetic of their Instagram or being political to talk about the issues at hand. And while the tragedies and killing of black men is more severe, people in fashion have the platform to change a massive amount of peoples mind on such an important issue. Ebonee added, “Systematic racism began with slavery and has woven itself into the fabric of our culture. Manifesting through police brutality, poverty, lack of education, black incarceration and to a milder degree, advertising, beauty and fashion.”

In the end, Ebonee proposes that the fashion industry take a stand to promote change instead of idly sitting by. I echo her in the fact that I was very disappointed in brands’ silence on the police shootings, and that overall there needs to be a change sooner than later.