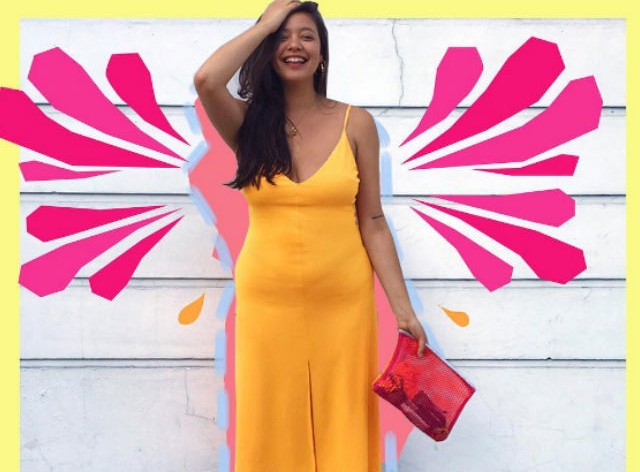 ASOS is one of go-to places for finding cute clothing at affordable prices. Really, it’s one of the few retailers that has celebrated curvy women and included them in every way—i.e. not just basics that you could get anywhere, but the cute summer dresses and crop tops in extended sizing as well. So, when fans saw their Instagram this afternoon saying, “Plus Size Model and travel film-maker @NaomiShimada is all over this season’s fave ASOS slip dress.#AsSeenOnMe,” things went downhill incredibly fast. The pictures features model and filmmaker Naomi Shimada who wears a UK size 16, which translates to US 12. At the Riot, we don’t use plus-size to celebrate our curvy women, but we totally recognize that every woman has the right to her own opinion.

Model and travel film-maker @NaomiShimada is all over this season’s fave ASOS slip dress. #AsSeenOnMe 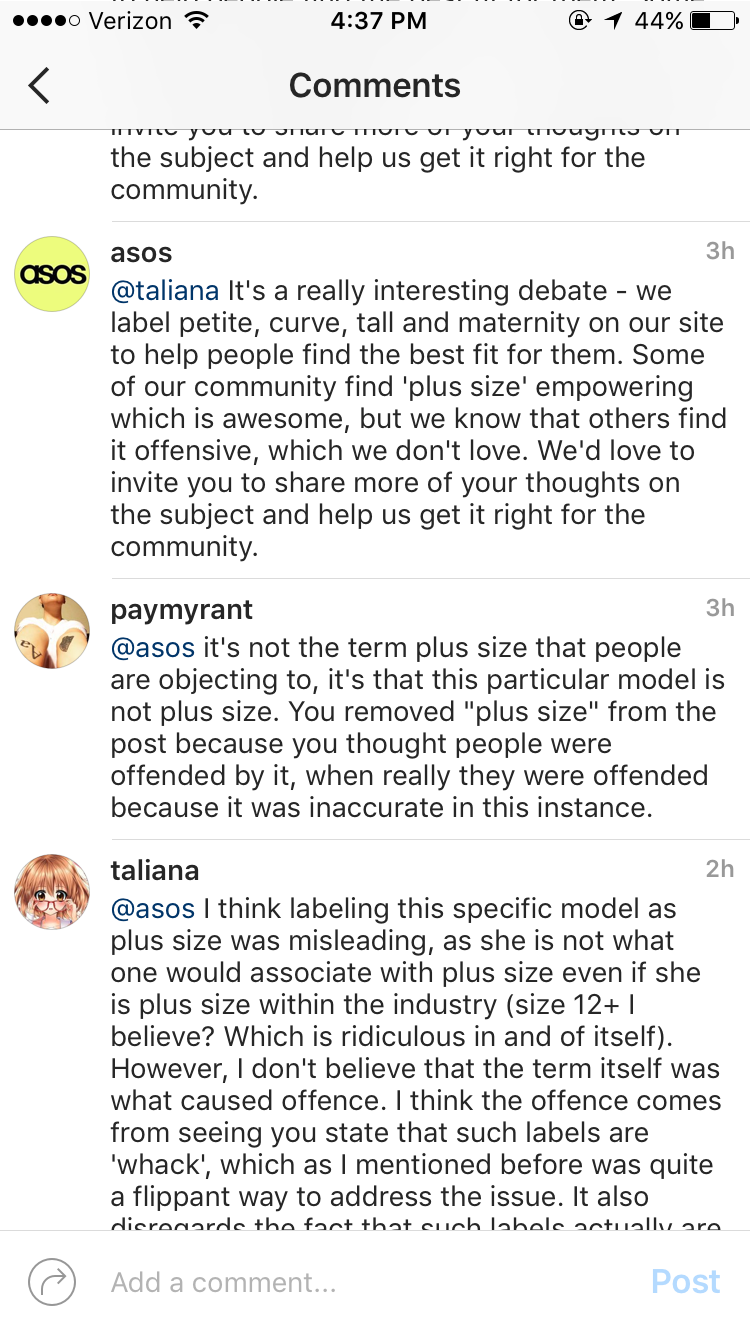 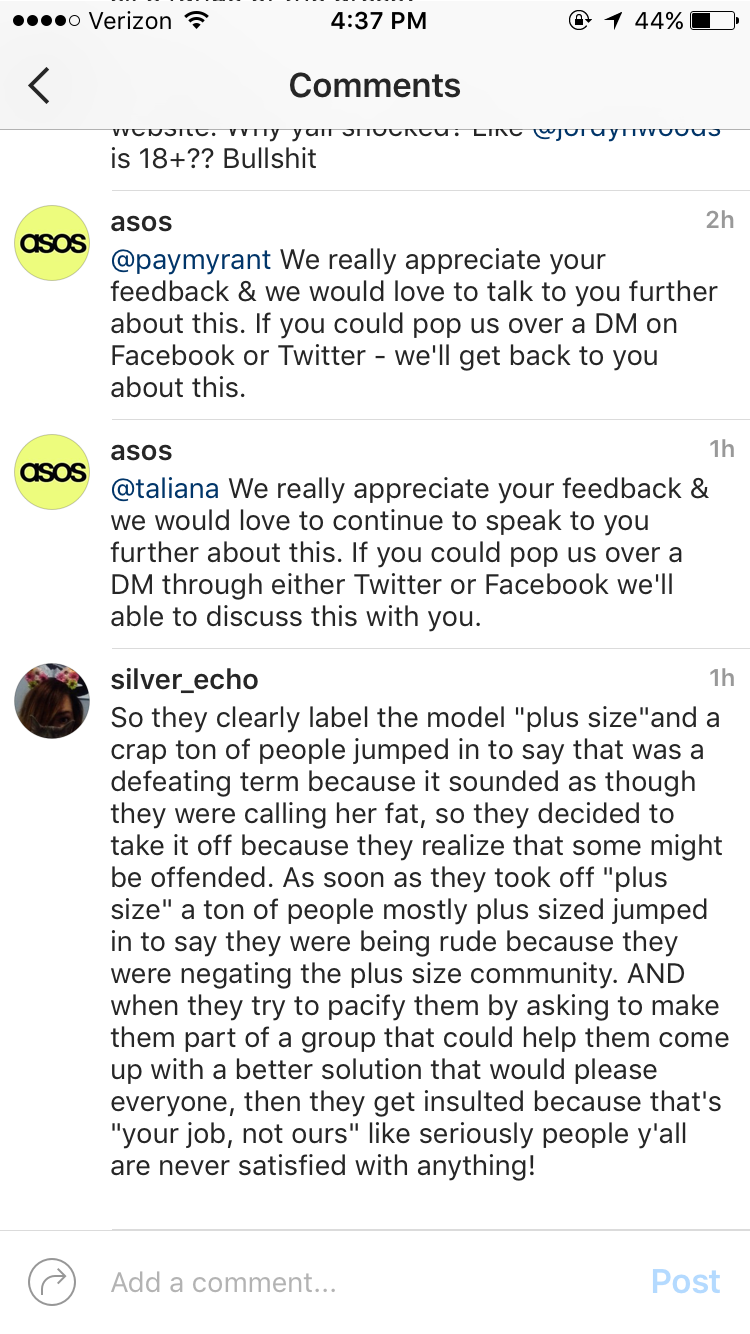 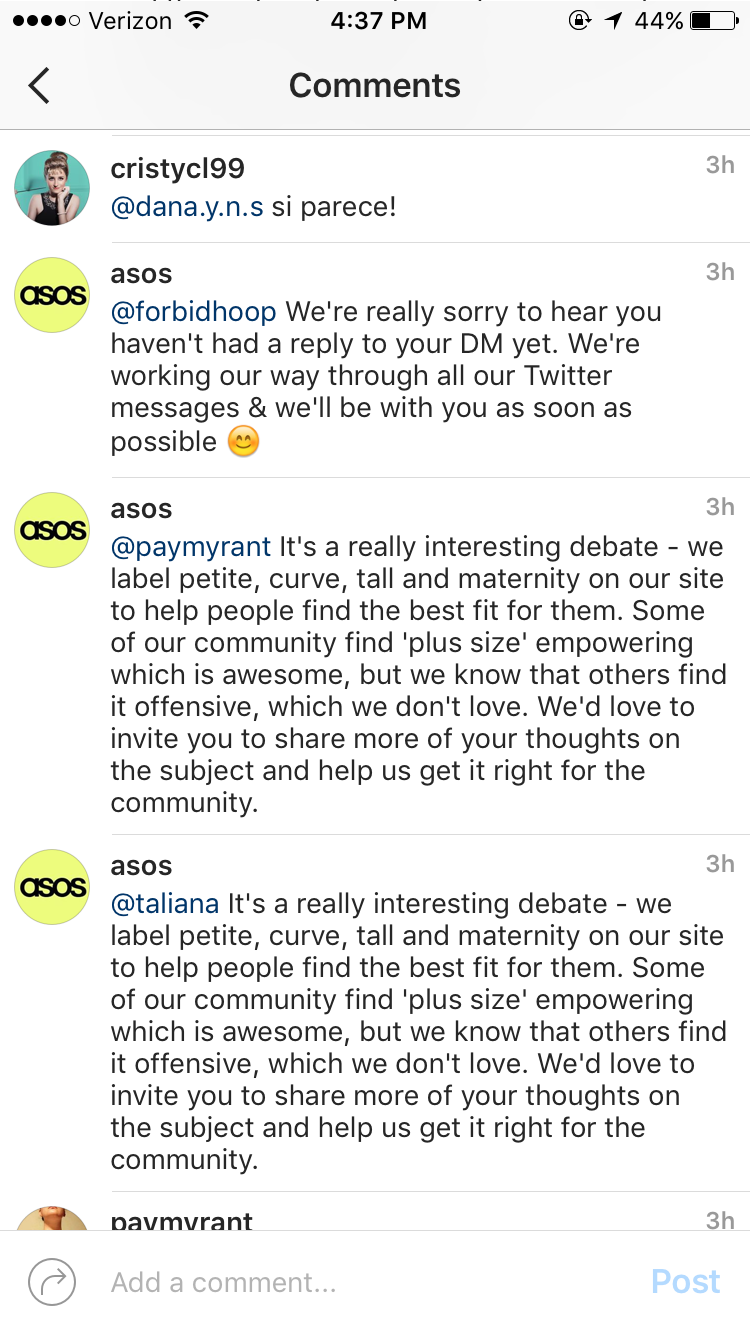 Even though they have taken out the words “Plus size,” fans of the fast fashion retailer are not happy—and it’s really opened up a larger debate of what terms should be used, and how women want to be labeled even if it’s just on the Internet. ASOS is already in the comments apologizing and opening a debate about the term and how it should be used. People are even taking it further to say that they no longer want to give ASOS business because of this debate. What do you think? Tell us in the comments below.