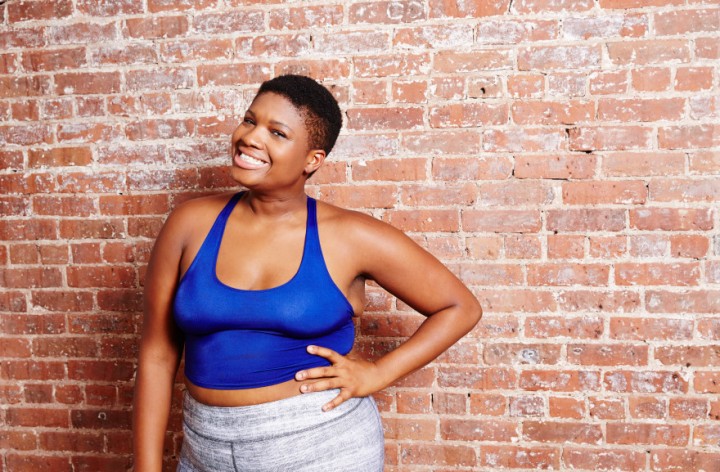 Jessamyn Stanley: Our Reminder to be the Best Version of Ourselves
by Kirstyn Scott | July 12, 2016 at 6:30 AM

Sometimes, you meet people and you spend the rest of your first interaction wishing you had known them forever. That’s how it feels to meet Jessamyn Stanley. It will not matter if you meet her in person, over a Skype call, or in an email – she is the personification of warmth. This light and loveliness permeates everything she touches, including your heart when she speaks about body positivity. 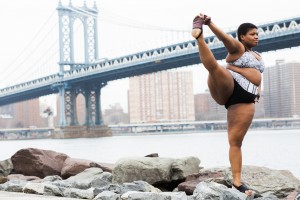 In case you have never had the pleasure of seeing Jessamyn’s practice, she is an unbelievably talented yogi. She can do things with her body that most people only dream of. Jessamyn started her practice during a time of segregation in yoga. “There was a time where yoga was seen as something that was solely for thin, white women. That, thankfully, is changing,” said Stanley. While there is still work to be done, much of the body-positive change we have seen is due to women like Jessamyn showing that flexibility and strength can exist in any type of body.

“I mean, I could diet, but I don’t really want to,” Stanley said with a laugh. Her lightheartedness about her size is one that most body-positive women aspire to have, but have yet to capture. In a world of fitness, it is difficult to get individuals to accept someone who has a curvy body, let alone a self-professed fat one.

“Basically, I’m the unicorn of health. A healthy fat person is an oxymoron to most people. People don’t realize that they can’t tell anything about someone else’s health by just looking at them. Realistically, that just is not the case…There are so many different ways to be healthy – why are we conforming to just one type of ‘healthy’ body?” 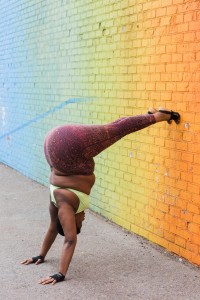 It does seems a bit ridiculous, doesn’t it? There are thin people who have clogged arteries and fat individuals who could easily beat your time on a mile run. We had the opportunity to talk about this with other influencers, but the reality is that physical fitness as a portion of wellness is not necessarily something that you can assume from simply looking at someone. So, if enough of us know this, why haven’t we all caught on to how ridiculous these assumptions are?

“We focus a lot on the outside. For so long, we’ve been fed this idea that how slender you are of a person lets people know how fit you are. We’ve been told what is good and what’s bad; so much so, that we all think we have this clear idea of how people are supposed to be and anything that is outside of the ‘good’ is wrong and bad,” said Stanley. It is so easy to get frustrated by this, especially because it is ingrained in us because of society. 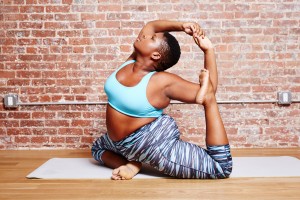 If we are honest, many of us have that inner struggle. We want to believe that we are beautiful despite our “flaws.” So desperately, we clutch to positive memes and the friends that make us feel special because it is frustrating to live in a world that tells us we aren’t. Unfortunately, despite all of our hard work, the doubt still creeps in from time to time. We all recognize that it would probably be easier to look like Ciara or Cameron Diaz than it is to look like ourselves. Though we attempt to be our own biggest cheerleaders, we can wind up being our own biggest enemies.

The private spaces, as Jessamyn noted, can be the biggest battlegrounds in our quest for body acceptance. “Private spaces are a different kind of battle,” said Stanley.

“Think about most of the fashion magazines that we regularly see. They always show the same kind of woman, the same kind of look. You know to expect that when you look at them. But it’s different in private spaces. It could be amongst your friends, your family, your parents, or in your own head. When those spaces tell you you’re not good enough, they hurt so much more. When you aren’t happy in those spaces, how can you really be happy?”

“Those private spaces can hurt so much. We can find ourselves making apologies for doing something as simple as taking up space,” she continued. Promises we should all make to ourselves right now, to stop apologizing for existing and stop trying to force our bodies to look like someone else’s. Use Jessamyn as an example for this, but she directly asks that you not idolize her as a body type. 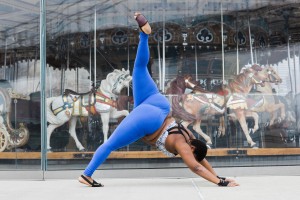 “I got so weird when people started to tell me that I was their idol,” said Stanley. “Comparison is SO different than inspiration. If I function as something you compare yourself to, that’s a problem. That inherently means that you are not loving your body, but directly contrasting it to mine.”

That’s a faint line, but Jessamyn is right in saying that it’s there. Comparing implies that one has pros and cons that the other does not. That is already not loving your body. Inspiration, she argues, is quite different.

“If you look at another person and think, ‘Wow, that person is fierce,’ that is totally different. You don’t need to follow me and my every step. I just want to inspire people to live their best life,” said Stanley. How refreshing is that? 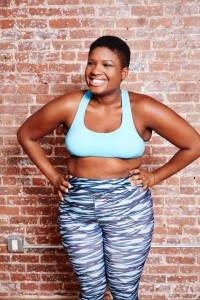 So, if you are looking at her IG, in one of her classes, or just watching her generally be a boss, remember that is her way. It should not force you to want to be her, but it should inspire you to be your most fierce self too. Fat, flaws, and all.

“It all seems so dangerous to me to want to be each other when it’s so beautiful to be ourselves,” said Stanley.