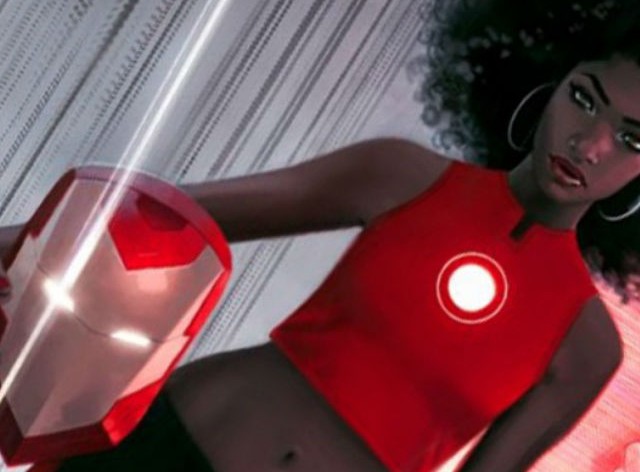 Kids often lack the right examples in front of them to show diversity of not only gender but race, size, religion, etc. That’s why we write about Sunflower Girlz, a curve line for young girls to feel comfortable in their clothing, or the possible effects that Disney may have on young girls. In the case of Marvel? Good news came today as they had now announced a new character in the Marvel Comics series named Riri Williams that will replace the original Iron Man, Tony Stark in an upcoming comic.

First of all Riri is so cool! I wish I would have had a superhero like her when I was growing up. Not to mention she’s a beautiful black girl with curly hair, and did I mention she has superpowers?! In an interview with Time, writer Brian Michael Bendis said, “I thought that was the most modern version of a superhero or superheroine story I had ever heard,” he said.

“And I sat with it for a while until I had the right character and the right place. Her [Riri’s] brain is maybe a little better than his. She looks at things from a different perspective that makes the armor unique.” If you hadn’t notice we are completely here for this.