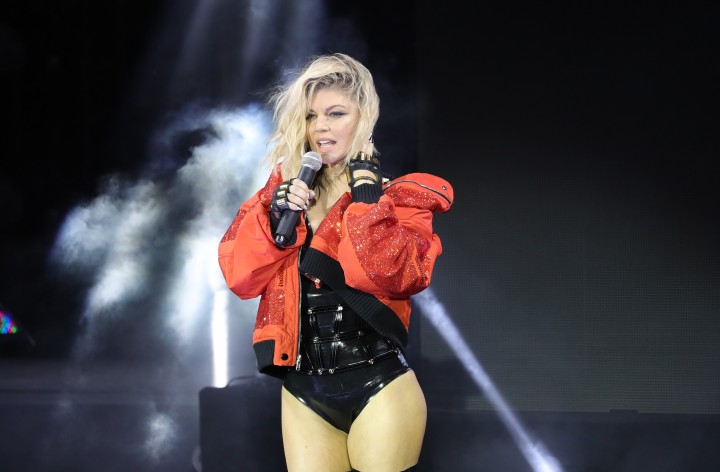 It’s easy to love Fergie. The girl-power member of The Black Eyed Peas has been holding it down for ladies since the early 2000s, but her new video was kind of a bummer.

So stoked to represent all my curvy sisters in Fergie’s new M.I.L.F.$ video, and what an amazing honor to get to work with all these power mamas @fergie @ciara @chrissyteigen @devonaoki @gem.gems @angelalindvall @bcompleted #MILFpack #MILFmoney #fergie #IMGstars #taralynn #loveyourbody

That is a power-packed group of ladies, but there is still a lot to be desired. Eleven women and only one of them isn’t a size 6 or under? We are all about appreciating the snatch back game of women who immediately return to their pre-pregnancy figures, but what about the women who don’t? A few of these women are minorities in some way, but there doesn’t seem to be a lot of representation of women of color either.

It isn’t all bad. The ability for Fergie and her M.I.L.F. crew to portray themselves as women in charge of their sexuality is fantastic. Women do not become unsexy or sexless just because they have had children. These women are moms, but in charge of their own sexuality. They define what that means on their own.

What is unfortunate is that definition of sexy. According to this video, the majority of women who have children who should be considered sexy are thin, societally beautiful, white women. We all know that is not very different from the way that women are portrayed as sexy before they have children.

There is a lot of makeup, hip swaying, and boob bouncing, but zero embrace of something as simple as stretch marks. What about the moms whose bodies never went back to looking the way they did before their pregnancy? Or the moms who are not famous and don’t have the same financial means to take care of themselves? They deserve to feel sexy too.

It is highly unlikely that the majority of people would have said this was an unattractive group of women whether they had kids or not. There is a statement being made, but it could be stronger. It is not just that moms who look like this are also sexy, but moms who don’t look like this group of women can also be sexy. They can be sexy because of their looks, their brain, their accomplishments. There is no solitary way to be considered attractive.

So while we can totally keep the #milfpack, we are busy adding our own people to that list including Tess Holliday, Aarti Sequeira, Salma Hayek, Ali Wong, Mo’Nique, and Padma Lakshmi.

That isn’t comprehensive, but at least it is a start.