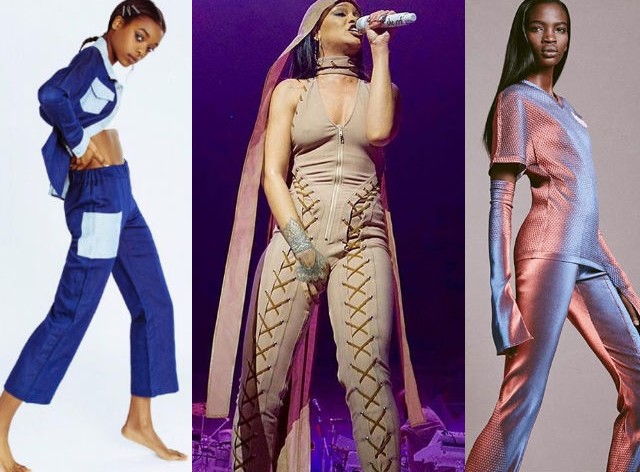 Why I’m Only Rooting for 3 Designers from the CFDA/Vogue Fashion Fund Competition
by Lindsay Peoples | June 30, 2016 at 4:52 PM

Even if you’re not exactly familiar with the CFDA/Vogue Fashion Fund, you’re definitely familiar with some of its previous winners that it catapulted to fame like Alexander Wang, Proenza Schouler, Thom Brown, 3.1 Phillip Lim and a ton more. It’s been active over a decade now, and basically serves as a brand recognition and financial launching point for emerging designers to get taken seriously in the fashion space.

Winners not only get to be in Vogue but receive a $400K prize, and runners up receive $150K prize. So when the finalists were announced yesterday, I was excited to see who was listed since there has been such an amazing group of young men and women slowly but surely making the fashion industry less out of date in its biased traditions. However, when I read the list I only found three womenswear designers that I personally feel are representative of not only creating great pieces but also embrace making pieces for a diverse group of women and not the same old stick figure Barbie, blonde hair, blue eyes routine.

Always an honor working with this powerhouse. @badgalriri wearing custom #adamselman in her #antiworldtour styled by the one and only @melzy917

The finalists include Adam Selman, Area, Brock Collection, Chloe Gosselin, Ji Oh, Krewe du Optic, Morgan Lane, Newbark, Rochambeau (men’s) and Stampd (men’s). And while the main focus is always fashion at the forefront, there has to be room for diversity of size and race to be part of the conversation on a consistent basis, even in an competition. In my opinion, diversity should especially be considered a top priority for choosing candidates for this contest in particular because these will be the people making clothes for the next generation. These designers are the people that control the conversation of fashion for young women all over the world, and whatever they create will be watched by the world.

So from that list I only see Adam Selman, Area and Ji Oh that have made a conscience effort to be diverse and reach women in general; not just women who fit into sample sizes. There have been plenty of opportunities for designers to make a statement, knowing the platform that they have i.e. Demna Gvasalia, who has pioneered the cool brands like Balenciaga and Vetements that celebrities constantly wear, yet no models of color were used in either show. It’s our responsibility as consumers to make it a point to celebrate designers that actually care about women and aren’t thriving on fashions favorite word–exclusivity.