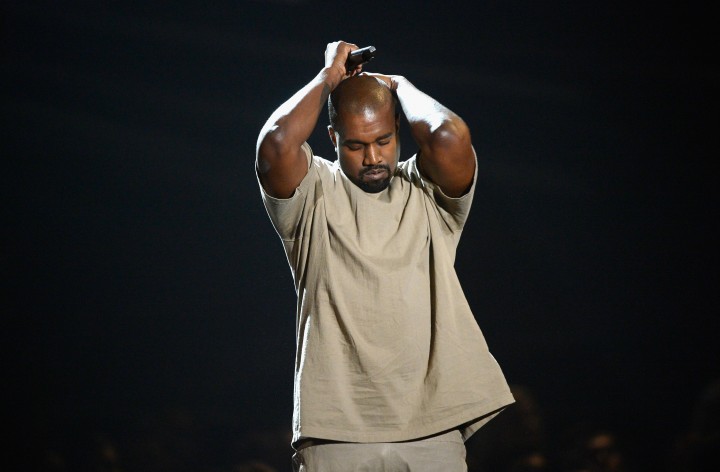 Let me be clear, I have loved Kanye’s music for a long time. Hip-hop gets a bad rap for being disrespectful to women when a lot of other genres just do it over guitars. I do not subscribe to rap being bad for the planet, but I am beyond frustrated with Kanye and his apathy towards how women want their bodies portrayed.

If you haven’t been on the internet in the past few days, you may have missed the release of Kanye West’s video for the track “Famous.” The video was only available on TIDAL, but pictures started circulating the internet at warp speed. The IG below is NSFW, so please bear that in mind.

There are a lot of celebrities in that bed, twelve to be exact, but what bothers me the most is not the nudity. Hey Kanye, did you ASK them if that is okay?

I’m going to venture to say that you did not because you immediately tweeted (then deleted), “Can someone sue me already #I’llwait,” according to The Atlantic. That is not okay.

Maybe your wife consented. Maybe Caitlyn Jenner did too. Chris Brown does not seem to care, but does Rihanna care that she is depicted next to him? The man who viciously beat her?

Rih is possibly one of the most open celebrities about accepting her body, nudity, and showcasing herself, but she has agency when she does that. She is choosing when to show different parts of her body. Amber Rose falls into this category too, Ye. Just because women are comfortable with showing their bodies does not mean someone else gets to choose when they do and when they don’t. They do. Those bodies are theirs.

Anna Wintour? Really? When is the last time you saw Anna out and about in the nude. It is her body, and it does not deserve to be depicted in a manner that she does not typically choose.

And last but not least, Taylor Swift?! Come on, Kanye. This is the same person who got upset about you talking about her in a sexual manner in this song. She was horrified that you said, “I feel like me and Taylor might still have sex. Why? I made that bitch famous,” and you run along and put a naked replica of her in a bed. I have my own issues with Taylor and her seeming lack of inclusion when it comes to her version of beauty, but that does not mean she deserves to be disrespected. No one does.

Unless the men and women in this video agreed to have naked replicas of themselves put on display, which they didn’t, this outing of their bodies is just as bad as the paparazzi Kanye has consistently tried to fight. You cannot be an advocate for celebrity privacy, and then put celebrity bodies on display for consumption in a way that only benefits you.

It does not matter that the video was based after a painting. That does not make the voyeuristic aspects of this video any more artistic than someone getting a pic of a celeb’s skirt blowing up like Marilyn Monroe in The Seven Year Itch.

It does matter that only a certain kind of woman is portrayed as worthy of nudity next to a wide range of men’s bodies, typical, but it matters more that these women did not agree to be portrayed this way. Even if all of them did but one, that one should not be in there. Why?

Because it’s her body to showcase how she feels comfortable. Her choice. That is deserving of respect.