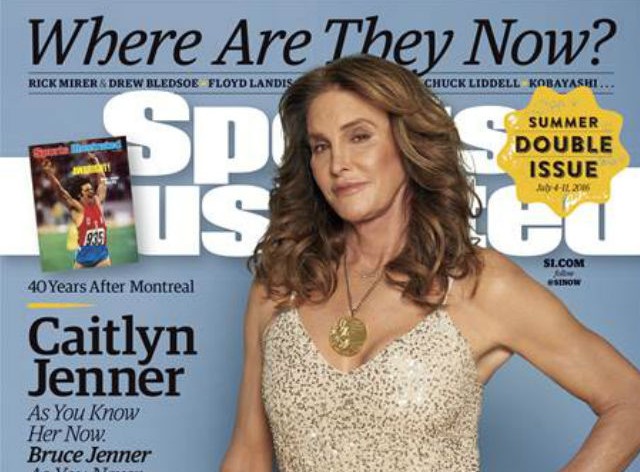 Caitlyn Jenner Sporting a Sequin Jumpsuit on the Cover of Sports Illustrated is a Brave but Necessary Move
by Lindsay Peoples | June 28, 2016 at 3:00 PM

40 years ago, Caitlyn Jenner won the Olympic Gold Medal and to celebrate, Sports Illustrated put Jenner on the cover of its anniversary issue. Jenner really went for it, wearing a gold sequin jumpsuit, gold rings, and the medal around her neck as jewelry instead of in her hand.

Thank you @SportsIllustrated for taking me back down my Olympic memory lane. It was an honor! See the full story and video at SI.com/jenner #goldalltheway #40yearslater #olympics

She looks just as much as the champion she was back then, and you have to give her credit–a sequin jumpsuit isn’t the easiest thing to pull off sartorially but she’s done it. She’s found her sense of style, and is owning it, even on a men’s magazine cover. Inside the issue Jenner opened up about her journey saying, “[I] always felt female inside, but because [I] wasn’t an effeminate male [I] could hide easily in the world.” She also admitted, “I loved Bruce. I still love him today. I like what he did and the way he set an example for hard work and dedication. I’m proud of that part of my life. But this woman was living inside me, all my life, and it reached the point where I had to let her live and put Bruce inside. And I am happier, these last 12 months, than I’ve ever been in my life.”