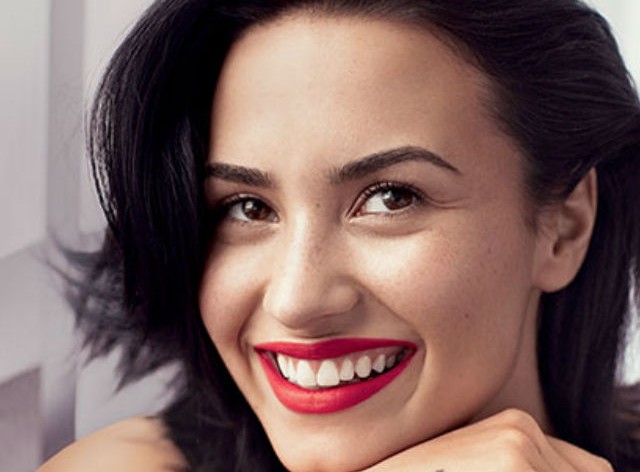 Demi Lovato Shares Her Message of How She Learned to Love Herself
by Lindsay Peoples | June 27, 2016 at 3:10 PM

If you follow Demi Lovato on Twitter, you’re already in on her motto of public honesty and complete transparency about her life. And even if you don’t follow her on Twitter, you’ve probably seen some of her tweets embedded in articles since she does a pretty good job at serving the truth on a cold platter and blasting out haters.  No matter your opinion of the things she says, she has continuously been a positive voice in conversations about body image to her almost 36 million followers on Twitter, and that’s invaluable.

In a recent interview with American Way Magazine, Lovato shared the ups and downs of her eating disorder, drug and alcohol addictions and spending time in rehab. “I didn’t go into treatment thinking, ‘OK, now I’m going to be an inspiration.’ At times I was resentful for having that kind of responsibility, but now, it’s really become a part of my life. It holds me accountable.”

Even more powerful, she talked about her mother’s struggle with bulimia and realizing her body-image at a young age; that has helped so many of her fans speak up about their struggles. “Even though I was 2 or 3 years old, being around somebody who was 80 pounds and had an active eating disorder…it’s hard not to grow up like that.” And her time spent in beauty pageants made her body image even worse admitting, “When I was gaining weight because I was becoming a woman, I would look at those images and say to myself, ‘Wait this is not what I look like. I’m getting fat on the hips and on my butt.’” All of this led to Lovato binge eating when she was only nine years old, purging and cutting her arms.

Reading about her eating disorder, and her saying, ”I didn’t think I would make it to 21,” shows how damaging messages in the media of perfection can be, even for someone in the spotlight who understands the pressures of Hollywood. Now that Lovato is in a better space, she’s willingly shared her story, her triumphs and failures with fans. She’s given everyone from fans to random people perusing the internet an outlet, a voice, and inspiration.  “When I have meet-and-greets, I can’t tell you the amount of times that girls will show me their arms covered in scars or cuts,” she says. “They’ll tell me, ‘You helped me get through this. Because of you, I stopped self-harming,’ or ‘I got sober.’ Hearing those things gave my life new meaning” Lovato said.  And while her form of honesty isn’t for every celebrity out there, it’s refreshing to see her open up about finding a way to love herself despite life’s challenges.