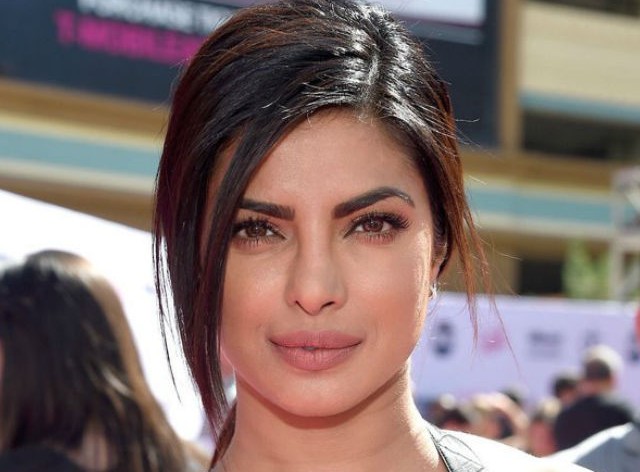 We’ve had our fair share of photoshop issues with celebrities in magazines—it’s a complicated issue, that doesn’t really have an easy fix because there are so many people involved. And while for many it’s easy to immediately place the blame on the magazine, you never know the hierarchy of the staff, the photographer’s preferences or logistical things like lighting that affect the scope of the shoot as a whole.

So when Priyanka Chopra’s Maxim India cover was released yesterday, fans were immediately upset claiming that they made her look like a Barbie doll and that her armpits looked unnaturally smoothed out, similar to plastic. As of now, the photo has over 2,500 comments with people debating back and forth where the line for photoshop should be drawn.

Wherever you stand on the retouching and lighting, Chopra decided to chime in on the debate herself captioning a picture of herself with her arms raised, “Heres another ‘pit-stopping’ picture to add to the debate. #WillTheRealArmpitPleaseStandUp #nofilter #armpitdiaries.”

You have to give her some credit—the pressure that celebrities are put under is completely different and strenuous. Perfect armpits may have just been a casualty of this unfortunate situation, but it serves as a healthy reminder of unrealistic beauty standards even in the most subtle ways that people are aware of and will no longer ignore. Whether you think the image is retouched heavily or not, it’s never a bad thing when women fight against the constant goal of perfection that magazines try to sell.