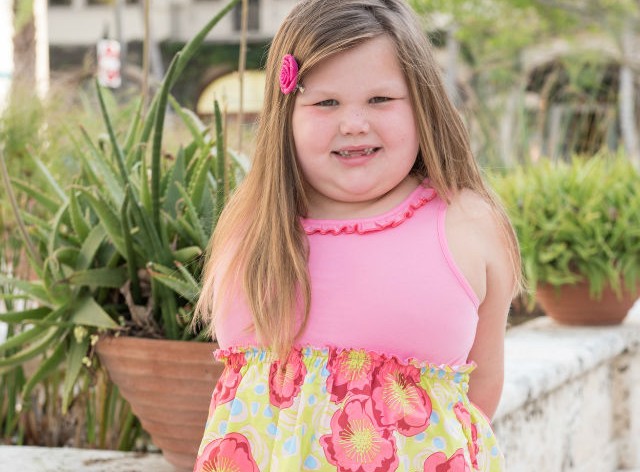 Weight shaming at a young age is becoming more and more of a problem. While there aren’t enough solutions, and we still have a long way to go, it’s comforting to know that there are people like mother Elena Hartmanis Sher, who launched a clothing line called Sunflower Girlz that’s made to fit children of all sizes.

In an interview with WPTV, Sher talked about making clothes for her 5 year old daughter, who has been bullied at school. She noticed that a lot of clothes wouldn’t fit her in the chest and back areas, so she launched Sunflower Girlz so her  daughter could find nice things to wear that were simple to put on and take off. She said, “I wanted to make things easy for her.”

While it’s unfortunate that she’s had to deal with such scrutiny so young, it’s inspirational to see her mother take a stand and make sure that she feels good about herself regardless of her weight. The article ends with Pediatrician Dr. Jeanmarie Connor adding a key sentiment: “It starts very young, body image, self-esteem starts very young, so that’s what we are trying to focus on, making sure that she knows that she is beautiful from a very young age so that she doesn’t get depressed as an adolescent and an adult.”