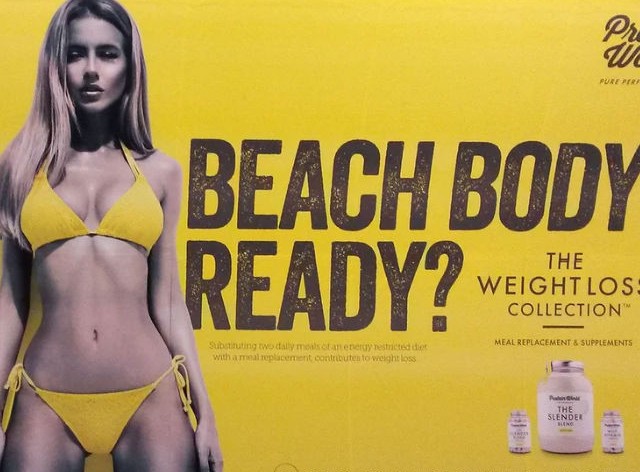 Body shaming ads have been running rampant and summer isn’t even in full swing yet. And I’ve said before, at this point I basically have proof that swimsuit season always makes people feel the need to comment on other people’s bodies and conform to a certain standard of how women should look in a bikini. Protein World specifically, has put up countless advertisements with the phrase “Are You Beach Body Ready” selling a weight loss collection of supplements, with a photo of a ripped and tan woman in a bikini in the middle.

Though we may be smart enough to know that there’s no such thing as “beach body ready,” and a diet supplement isn’t a cure all for anything, there are people out there affected by this this messaging that makes them feel as though they are not good enough. Luckily the London government has taken notice of its dangers, and now according to The Guardian, Mayor Sadiq Khan has moved to ban body shaming ads on London’s transportation systems.

This is a big step–a government realizing that these ads are not only useless but encourage unrealistic expectations about your health. In a statement Khan said, “As the father of two teenage girls, I am extremely concerned about this kind of advertising which can demean people, particularly women, and make them ashamed of their bodies. It is high time it came to an end. Nobody should feel pressured, while they travel on the tube or bus, into unrealistic expectations surrounding their bodies and I want to send a clear message to the advertising industry about this.” This petition received over 70,000 signatures which led to its demise–here’s hoping we can do the same here stateside.