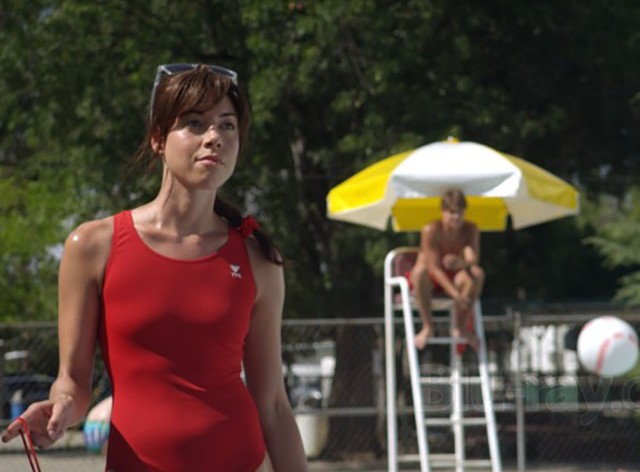 Only Loaded Women Can Sun Themselves Without Being Harassed for Being a Woman
by Ashley Hoffman | June 8, 2016 at 5:04 PM

Over at RunwayRiot HQ we’re getting thigh-deep into halter top weather, which brings me back to my three summers as an ocean lifeguard.

For six, sometimes seven days a week, I hawked the water at a pricy Rockaway beach club, where the Upper East Side nannies with change to throw on the luxury of having a flirty Princeton cabana boy bring you chicken salad went during the week.

I was 16, and it was sticky, but unlike my father, 28-year Rolling Stone featured lifeguard, the king of Jones Beach who won all the races with my uncle, the people where I worked were decidedly fancy, and they knew how to swim, a privilege. The Sands specialized in a wannabe Flamingo Kid aesthetic, and the din of fireworks announcements on the loud speaker and guest complaints about the ocean temperature was the soundrack. But the nice thing was that no one bothered a single Madison Avenue summer bombshell for wearing a bathing suit.

Toplessness was not permitted, and no one tried. That’s another issue where lifeguards make people put their tops on, even though that’s illegal ever since male runners fought for the right back in the day. The Sands staff wore crisp white polos, and the guards and I wore worn out red bathing and suits. I learned the satisfaction of purging the day of hyper attentiveness by laying out at the end of a shift. By myself. In the sun. My chest may have been the weight of a few small crab apples, but boys didn’t other me. This was a great joy, to feel the way the sun crisps your skin in the absence of irresistible offers from rando’s you don’t want to talk to. There were plenty of single men, they just didn’t bother women. It was a classy place for wealthy, if not classy, people.

Now in my rightful place in New York, I have the park, or rooftops to take in the sun, and my sun bathing routine is Sisyphean. All I want is to sponge up rays like a pageant kid slurping up praise. But at the park, I will promptly be followed, stared at, asked if I want a drink, photographed, and have to look in sweaty, leering faces and say “please leave me alone.” Of course this happens to countless cis and trans women. Stop Street Harassment has the stats on that in Brooklyn, Mexico, and all over. Even in Central Park or Prospect Park, I’ve noticed it’s often the same men ambling around, looking to talk to women who are minding their own business.

A couple of years ago, after one two many offers, I ditched the park, rolled out my yoga mat on to my dingy apartment rooftop in Yorkville. It was not five minutes before I felt eyes planted on me. A man. With binoculars, ones I thought were for birding, but were actually for making women sick. The binoculars covered his face, so I couldn’t see him, and I ignored it. And then, across the street in a luxury building, there was a man. Naked, rotating his lower half so that I could be appropriately impressed. And I turned to leave, then back to count the floors up to his creeptastic image. And then to tell his doorman, who assured me he would take care of it. I’m embarrassed to say I felt vandalized.

I have no idea what the doorman did to this man who was well-off enough to afford his apartment, or if my complaint is even worth complaining about. But I could have bought the doorman a hundred bars of chocolate for being so cool about it. Recently, I had to escort several men away from the models in the RunwayRiot shoot in a handball court– that’s what happens when you’re out in public, being a woman, no matter what you’re wearing or what you look like. But I’d really like women to be able to have fun park or beach vibes, and I know I can’t, unless I forked over the money for a day-pass at a hotel. Maybe there, being propositioned isn’t really part of the deal even though it happens.

Rich people get catcalled, everywhere — it touches everyone. No one needs to loudly announce that men assume women’s bodies are their personal property to bother. But to lay out on your own in a public space when you wouldn’t dream of paying for a beach club or a vacation because it’s just not in the cards for you, without being harassed….I’m aching for women to be able to do that.