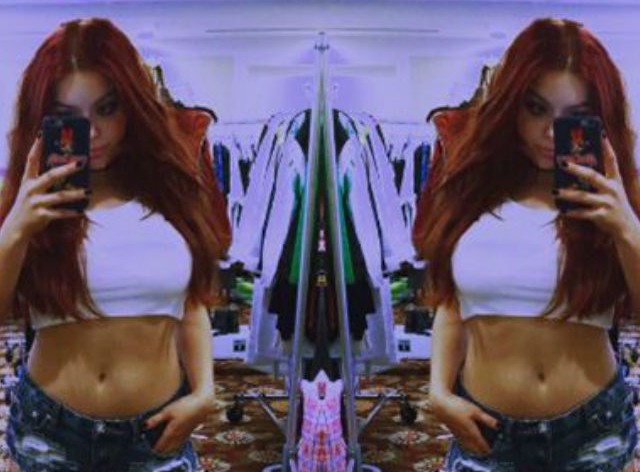 As a curvy woman, people will often assume that you can’t wear certain things—especially tight and short things like daisy dukes that are hard to find in stores because even retailers still cling to the idea that “certain” silhouettes are only cut for a specific body type.

So when Ariel Winter, who was totally transparent about her breast reduction surgery, took a selfie, while trying on outfits for a new movie, it was only a matter of time before people erupted with mean comments about her weight and how inappropriate it is for someone of her size to be wearing such little clothing.

From calling her ‘trashy,’ ‘ratchet’ and pretty much every offensive word you could think of, for some reason people really took her posing in front of a mirror in a crop top and denim shorts (your typical summer outfit) offensive. And while Ariel has been outspoken about body shaming, it’s going a bit far to criticize her for something as juvenile as a selfie. Why do we still need to say this: women have the right to express themselves in any way they please, and her message of body positivity is a necessary one.

Just the day before, the actress shared an image on Instagram on not shaming girls for their bodies, and sending the message that instead society should teach boys that women are not sexual objects born explicitly for their pleasure. It’s refreshing to see someone as young and committed to change as Ariel—not every young starlet in her position chooses to show the truth instead of the smoke and mirrors of perfection that Hollywood sells women.