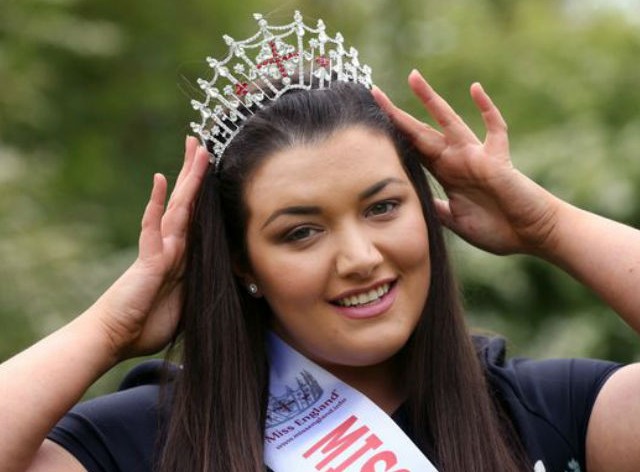 This Body Activist Model Is Determined to Be the First Curve ‘Miss England’
by Lindsay Peoples | June 2, 2016 at 2:46 PM

Though we’ve covered a few women hoping to win national and international beauty pageants before, the reality is that despite all of the crazy things that they do to be part of such a rigorous contest, curvy women are extremely under-represented and often shamed into even thinking they are not worthy of such prestigious titles. Back in April we were rooting for Mirella Paz Baylón in the Miss Peru contest, and though she unfortunately didn’t win, that’s no reason to stop cheering for others who have found the courage to compete despite the odds.

So today when we found out about Abigail Hill, who is currently competing in the semi-finals for Miss England we put back our cheer outfit on and started rooting for her since she has already received backlash from narrow-minded people thinking that ‘someone her size isn’t fit for a beauty contest.’ According to Chronicle Live, the size 18 model has competed in multiple competitions over the years, and isn’t deterred by the pressure to compete when no other curvy woman has won the title before.

She tells Chronicle Live, “I have been competing for six years and can count on one hand the number of plus-size girls I have come across. There is a big misconception over what you need to look like to be a model but I have never been that size. I have always competed at the size I am now and I want to show others that it is possible.”

Even if beauty pageants aren’t your bag, you have to give the girl some credit–standing in front of people judging you based on a set of ideals that you have no control over takes serious confidence.