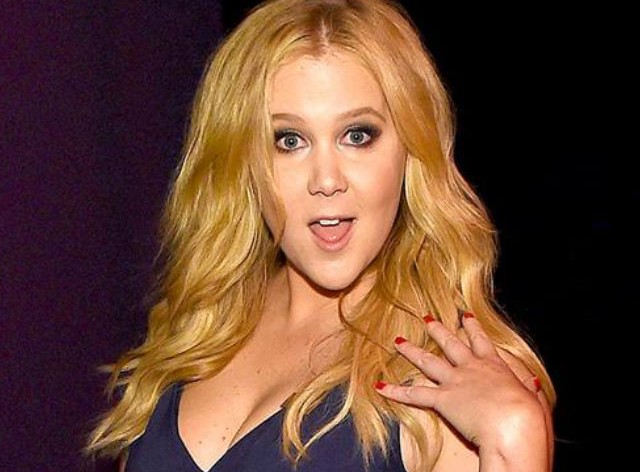 How Amy Schumer Has Brilliantly Managed to Make Body Positivity Part of Every Conversation
by Lindsay Peoples | June 2, 2016 at 4:47 PM

Today is National Gun Violence Awareness Day, which has a lot of celebrities sharing Instagrams and Tweets about Everytown’s initiative to get people informed about the dangers of guns. And of course Amy Schumer didn’t let us down with just any ordinary selfie wearing something orange—no, no she showed her commitment to the cause by wearing a printed orange sports bra and nothing else.

She’s been outspoken on her thoughts on gun control and even more so on body positivity, reposting an image comparing her body type to the sculpture of goddess Aphrodite. And though people still don’t get her humor, and why she is inserting her body into every part of the conversation that she can, there’s a reason for the madness. Apparently people need a reminder that women come in all shapes and sizes, and Amy is the perfect one to keep reminding people–she is everywhere on practically every celebrity news site, and though it may seem like a bit much, she’s one of the few curvy women out there bold enough to say what she means without holding back. And while women continue to be body shamed for not having certain features that are seemingly praised by the media, whether it be rock hard abs or a thigh gap, Amy has continued to stay firm in her beliefs that beauty doesn’t have one definition or standard.

Thanks for posting this!

Seeing a curvy woman flaunt and show off her body, without apologies, and even with a voice of humor is extremely refreshing and nice way to respond to body shaming in a lighter, natural tone that’s obviously fit for Amy’s voice. And though critics are saying why show your naked body when it’s about gun control, if any other celebrity like a Kim Kardashian or Emily Ratajkowski did the same it would be reposted without hesitation. Body positivity comes in all shapes, sizes, colors and humor people!