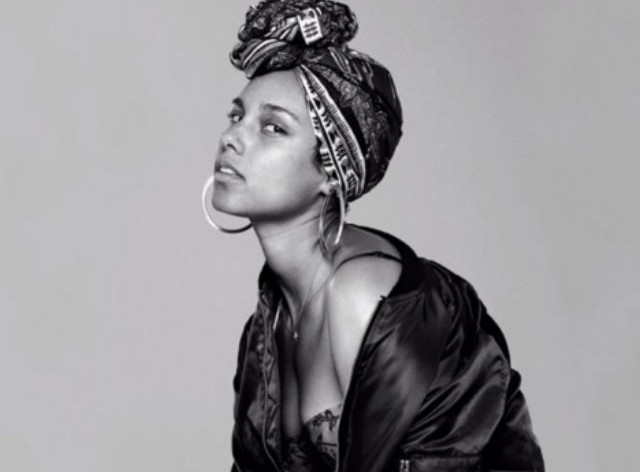 If you haven’t noticed, Alicia Keys has been out promoting her new music and in doing so, not wearing makeup and wearing her hair naturally curly. And while she’s never been the type of celebrity to overdo it, fans definitely noticed that she wasn’t photoshopped on the cover for her new single, and even at performances, she wasn’t wearing a lick of makeup.

In the latest issue of Lenny Letter, Keys talked about her struggle to find herself in the midst of living such a public life, and why she has decided to opt out of wearing makeup while promoting her new album. Keys eloquently describes the process that so many of us women go through—judging another woman by her appearance, her size, her attitude and it only escalates from there, often leading to bad blood without a real cause. Keys added, “I remember when I first started to be in the public eye. Oh my Gawd! Everyone had something to say. ‘She’s so hard, she acts like a boy, she must be gay, she should be more feminine!’ But the truth is, I was just from New York, and everyone I knew acted like that.”

Been working on listening to myself and stop fulfilling other people’s idea of “perfect.” I’m not covering up anymore and I’m feeling my best yet! Read why on @lennyletter (Link in bio????????)

What’s important to note here is that Keys became aware of her behavior and how much she was reacting to how people felt about her; a dangerous habit that only leads to unhappiness. This lead the singer to realize “the insanity of unhealthy thoughts” and turn to things like meditation that helped her hone in on “cultivating strength and conviction.”

Keys also started a habit that I may just start using myself. “I wrote a list of all the things that I was sick of. And one was how much women are brainwashed into feeling like we have to be skinny, or sexy, or desirable, or perfect. One of the many things I was tired of was the constant judgement of women. The constant stereotyping through every medium that makes us feel like being a normal size is not normal, and heaven forbid if you’re plus-size. Or the constant message that being sexy means being naked.” I haven’t even heard her new music, but this makes me want to buy the album anyway.