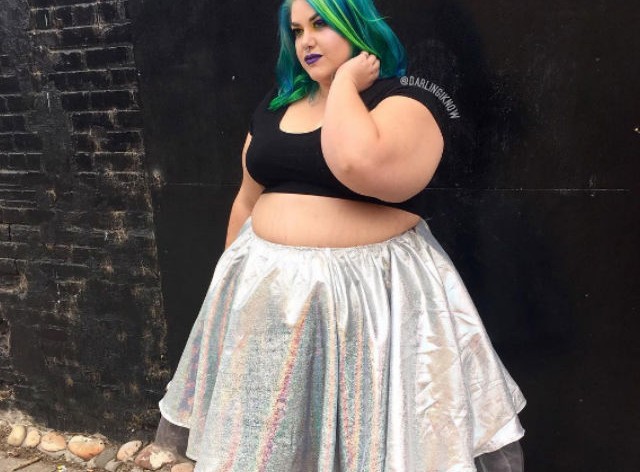 Lessons In Body Shaming Courtesy of Cailey Darling Is A Necessary Read Today
by Lindsay Peoples | May 31, 2016 at 3:31 PM

I’m slightly convinced that swimsuit season brings out the worst in people—there are so many articles about being ‘bikini body ready’, it feels like diet food advertisements are everywhere, and there’s no shortage of the expected but still very unfortunate body shaming that comes into play when curvy women put on a swimsuit and feel good about it. We are so often bombarded with photoshopped images of women in swimwear, it’s like people don’t know what a real woman looks like, loving her own body without covering up what people have deemed as ‘flaws’.

There is no audacity in wearing a swimsuit, and no courage required—women should be able to wear one without having to explain why it’s okay, and why you have to continuously tune out the haters. It almost takes out the fun of going to the beach or sitting poolside when you have to get political about pieces of fabric that you wear in the water.

Once I started actively trying not to judge others based on appearances, I slowly started to see beauty in the people around me. Soon enough, I could look at a body like mine and see beauty where society told me I wouldn't find it. It took a long time to apply those concepts to my own body. It started with letting go of judgement of others. I hope you notice in my arguments that I try very hard not to bring appearances into an argument because I believe if you're making fun of someone's weight, clothes, teeth, makeup, hair, etc., then you have run out of material and you do not have anything to argue about anymore. If you're bringing someone down for appearances during an argument, then you've lost the argument. To put it plainly, I do not condone any body shaming at all, ever, even if it is to defend me. If you shame someone's appearance in response to them shaming mine, then you're not on my side. That isn't to say I don't defend myself. I do. I will continue to do so, because I learned to defend myself in real life by watching other fat women stand up for themselves in arguments online. It seems small, but I've gotten dozens of messages thanking me for actually responding because it helps them learn to defend themselves against their own bullying. I will attack their logic, opinions, poopy personality, rudeness, nastiness, self-loathing, or hatred, but never their appearance. I am here to change minds about bodies, not to shame any other types of bodies.

And Cailey Darling, body positive blogger has flawlessly explained to people why comments don’t have the power, and quite frankly they don’t deserve the satisfaction of taking you to their level. In her Instagram post she said, “Once I started actively trying not to judge others based on appearances, I slowly started to see beauty in the people around me. Soon enough, I could look at a body like mine and see beauty where society told me I wouldn’t find.” She goes on to make some heavy hitter points about not bringing up someone’s looks in any argument, and even things that may seem juvenile like making fun of someone’s teeth or hair only prove that you don’t have a valid point but only negative point of view. And my personal favorite anecdote, “I am here to change minds about bodies, not to shame any other types of bodies.” It’s a good point to keep in mind when dealing with body shaming online, especially when it feels like trolls only say things to get under your skin and hurt your feelings. Sticks and stones ladies.