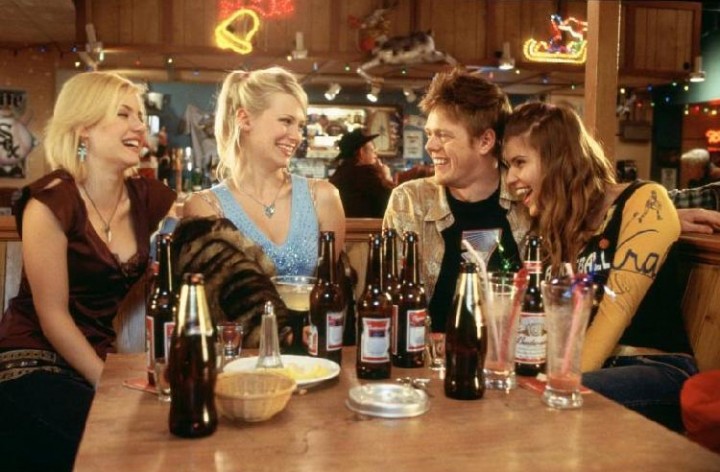 Just in time for beer for lunch at the beach, a master female brewer has announced her new company High Heel’s beers, reports USA Today.

There’s “The Slingback Perry Ale” (ale and pear cider,) and the “Too Hop’d to Handle” (India Pale Ale,) all with the logo: some hop on top of a stiletto. We don’t think that this is SUCH a damaging way to reach well-to-do and well-heeled women exactly. The company, after all, is run by master brewer Kristi McGuire, who formerly worked for Anheuser-Busch in a male-dominated industry. So that’s “good for women,” like Blue Crush and equal pay. But while it’s not some guy going for chick appeal, it is questionable.

Time to obsess over little details. Today women care about many things other than heels, but “talking shoes,” is so often used as a way to minimize their value. This is telling women — this is what’s important to you. The High Heel’s beer branding isn’t actually suggesting that women need to see a shoe give you their attention, but that shoe labels and cutesy names could attract some women over the dark beer side. (You know because it is true that women who choose wine and liquor, and “do gender.”) Anyway, as her company has invests in various branding tactics to get the broads on board, this might better than being peddled Skinny Girl margarita with the patronizing low calorie sell, sure. But this, in effect, tries to feminize something for everyone with some shoes, which might be unnecessary? When you have women being required to wear heels to look “formal,” (code for desirable and uncomfortable,) it’s not the best look.

Even Coors and Bud Light are ditching the snow bunny hot tub fun times for gender neutral campaigns like the Bud Light Super Bowl ad starring Seth Rogan’s brilliant use of the word caucus to mean a man’s package. And look! Coors recently ran a commercial about how their beer makes you achieve adventurous adventures whether you’re a man or a woman, whatever your mountain.

Beer wasn’t always so male-dominated. Today it is. According to a Gallup pole, 20% choose beer over other dranks, and 25% of the total beer consumption and 37% of the total craft beer consumption goes into the mouths of women. Interestingly, women were the O.G. brewers, selling and producing it in Ancient Egypt out of honey and corn and oats and other things you’ll find in cereals with a disappointing lack of alcohol (if you’re doing breakfast wrong.) Later on, brewing became more about men in the Industrial Revolution.

So today there’s an organization called the Pink Boots society was created to empower women beer pros to get ahead in beer, serving it, packaging it, writing about it, and of course the fact that it’s “pink” doesn’t make it any less cool, but do we really need that with our beer?