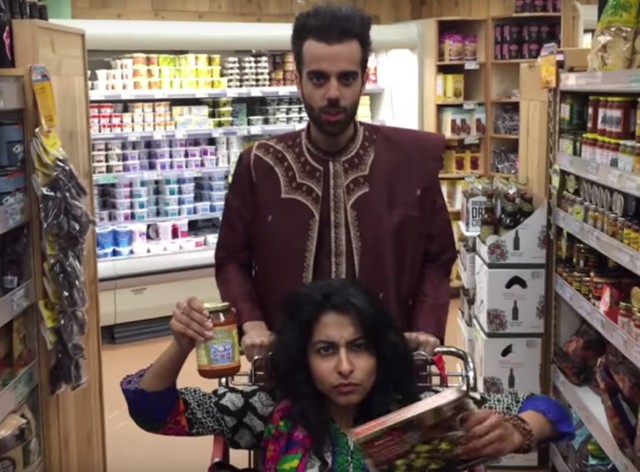 This Epic Beyoncé Parody About Southeast Asian Culture Is the Most Genius Response to Ignorant Comments Ever
by Ashley Hoffman | May 27, 2016 at 10:53 AM

“Y’all haters corny with that we smell like curry mess,” are the perfect words that rang right at the top of Namaste’s smartly done Beyoncé parody YouTube video, unearthed by BuzzFeed India. It’s a ‘tude filled necessary love letter to Southeast Asian culture that this comedy duo released in response to Azealia Banks’ offensive comments, and stereotypes in general. (In case you missed it, in Azealia’s tour of people that displease her she called Zayn Malik a “curry-scented” expletive.)

Krishna Kumar and Kausar Mohammed nail the ferocious Bey-style swagger, extremely charming sendups of the dumb things people say to Desi people, and countless yoga moves. Blowing up some stereotypes, the video sheds light on racial profiling and other stuff. These two have all the fierce and zero of the cares requisite to rise to the top of YouTube. Check their nailing your favorite “Formation” moments in a lighthearted way below. Where this sits for you, whether it’s making light of a Beyonce’s exposure of disturbing New Orleans negligence and erasure, OR if it’s all in good fun and the spirit of owning your culture, is totally your call. (They tackle beauty too with threading and Henna.)

We do love the mic drop moment when they say, “progress comes from conversation.” Nice to see people seize the moment and turn it into a truly impactful statement that’s funny first and thought-provoking later. Also we’d be very interested in some of the hot samosas in their bag. Best line ever: “Parents so possessive trying to arrange marriages.”