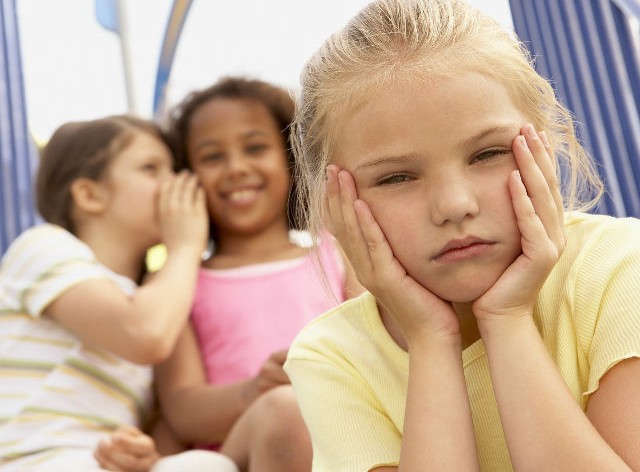 We Cannot Accept That Young Kids Are Weight Shaming Kids in School From an Early Age
by Lindsay Peoples | May 26, 2016 at 10:43 AM

Pushing the idea of a certain body type on young children has received a lot of attention in the media lately, as more parents and researchers have realized that the ideas that we receive about body shaming and body acceptance don’t just appear out of thin air—they grow from things that we are taught and learn from others.

With the recent controversy of ‘bikini body’ fitness classes for eleven year olds, it’s been an interesting look at how damaging it can be to force certain ideals onto children, that we don’t know the lasting effects it could cause. And now a recent study published by Child Development is reporting some exceptionally disappointing research that proves body shaming cannot simply be ignored. For the study, researchers found 1,163 first-grade kids from about 29 Oklahoma schools in rural neighborhoods. After analyzing the popularity of the children from teacher’s reports and the kids themselves, researchers took notes of each student’s BMI measurements and gave them a questionnaire created to measure the signs of depression.

The study concluded that students with higher BMI’s were more likely to be ostracized, and even rejected by their peers. So, according to just this study, if a child had a higher BMI than most of the other kids in his or her class, they were “usually” the ones that students noted as the “least favorite” and someone who didn’t get asked to join a team during recess or work together on a project. And to make things worse, those students with higher BMI’s also showed significantly higher signs of low self-esteem and depression than their classmates, researches noted.

Studies like this prove that body shaming has lasting and harmful effects on children that grow up to be women and men who continue to face issue. It’s no longer a problem that can be solved by saying that people need to be nice to each other, or a shake the haters off kind of attitude—it’s grown to be intolerable and something we cannot accept and hope that people can come out of it on the other side better than they were before.