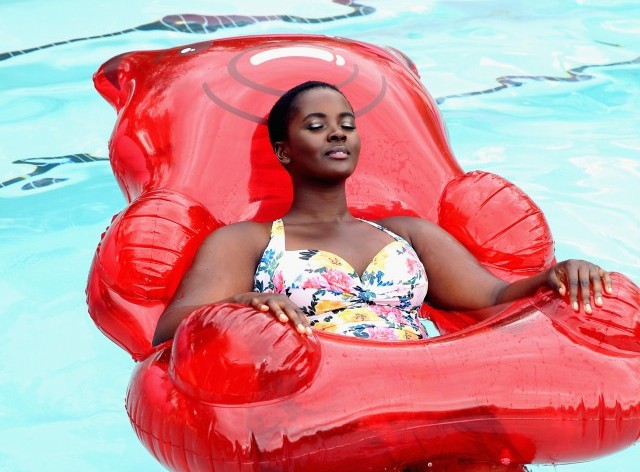 A Chat About How Straight Curve Aims to Illuminate and Tackle the Truth Behind Fashion’s Dangerous Diversity Problem
by Ashley Hoffman | May 26, 2016 at 9:30 AM

At a time when the well-intentioned conversations about why everybody urgently needs to be able to peep themselves looking fly in fashion can be reductive and divisive, a documentary can tell the deeper story.

And that’s the promise of Straight Curve, an upcoming film banging the battle drums for unity in fashion, directed by Jen Mcquaile. Less a film about clothes, and more of an urgent call to action, the documentary, which releases in 2017 features Denise Bidot, Philomeno Kwao, and for transparency’s sake, it stars RunwayRiot’s own superwoman Iskra Lawrence as a main character. As recent splashy campaigns, many of them from retailers, make their way toward looking more inclusive of ethnicities, sizes, and ages, the documentary will have facade-free conversations with Becca McCharen of Chromat and other people pioneering a more reflective looking view of women, and it will focus on the lasting damage fashion does when it ignores most people. McQuaile believes the changes are too slow, and she’s hoping her film will be a seismic shift.

Answering RunwayRiot’s wide-ranging questions on the film by e-mail, Mcquaile talked about the filmmaking process, major moments when fashion has evolved, and how she’s talked to people who were afraid their family wouldn’t love them if they gained weight because of tired beauty ideals. (It will be released in early 2017.)

How did Straight/Curve start?
Straight/Curve started when I was introduced to my producer Jess Lewis, a former straight size and plus size model, last year. After talking extensively to her about the industry, I realized all the wrong questions were being asked of the wrong people. We were talking about size in fashion in entirely the wrong way, and it was isolating and segregating a lot of society. We have worked hard on our documentary to make sure we are creating a true reflection of the industry and media and the real conversations that are happening, and should be happening.

Can you talk about some of the most illuminating discoveries you made in making this documentary?
I’ve been shocked at some of the blatant misconceptions surrounding health. The idea that a woman over a size 10 promotes obesity is insane to me. There is no doubt obesity is a problem, and it should be addressed. But we cannot combat that health issue by pinning it on healthy, fit women who are role models for other women. Think about how damaging that is. Health is individual and we cannot assume to judge a persons health by looking at them, on either end of the size spectrum. There are health women at a size 0-2 and healthy women at a size 18. That is a fact and it’s time the fashion industry stopped using health as an excuse to not diversify.

I’m also shocked that designers are not taught how to cut fabric over a size 4 in design school. Clothes are a basic human necessity and the people creating them are not even taught how to design for the majority of women. We investigate the issues of health and education further in Straight/Curve.

What was the process for creating the imagery?
We have something very special planned for the film, which I cannot talk about right now. But our main aim is to bring women of all sizes, ages and ethnicities into the conversation and show you can be beautiful at many shapes, colors and ages. The imagery in Straight/Curve will reflect this.

What do your subjects say about your directing style?
That’s an interesting question. You might have to ask them. I have developed an open, honest and fun relationship with our main characters. I’ve spent the last year really getting to know these incredible women and I trust in their vision and their hope for the fashion industry 100%. Their stories are fascinating to me on many different levels and one of my favorite things to do now is sit and chat to these inspirational women. I hope that they also trust in my vision for the film equally.

Becca McCharen’s impact with her Chromat casting wasn’t even planned, and yet she’s so justifiably celebrated. Why aren’t more people thinking inclusively?
I am in awe of Becca both professionally and personally. She is a beautiful, strong woman. When I interview her and talk to her, there is no facade. What you see is what you get. The desire for inclusivity and diversity is in her DNA. She doesn’t even think about it because it is so natural to her, that is why it wasn’t planned per se. But I am so happy she has received the recognition she deserves. I think it’s been an interesting journey for Becca also. And I ask the question everyday while more people are not thinking inclusively like Becca. There are a plethora of answers which we hope to highlight and tackle in Straight/Curve.

In shooting this documentary, how did you see the toll of “damaging thinking” firsthand?
I’ve spoken to girls who almost died trying to fit into the “thin ideal”. I’ve spoken to women who felt they were the epitome of “ugly” because they had dark skin. There are women who are terrified their parents won’t love them if they gain weight. This documentary needs to be made so we can educate women and girls how to love and respect their bodies in their natural state. People need to feel represented and real change has to happen deep within the fashion industry and be reflected in the media in order for it to impact society.

What in your view are major breakthroughs?
There have been some major breakthroughs in the industry. Emme has been an amazing voice to pave the way for the new girls coming up. Barbie extending their doll sizes and colors to reflect more women is amazing. The Lane Bryant, Aerie and Penningtons campaigns, to name a few, are about more than the brands and their bottom line. They are really about promoting diversity and speaking to all women. The three Sports Illustrated covers this year with Ashley Graham on one of them was a big achievement. And our hope is there will be many more to come.

Who specifically needs to see this?
Everybody needs to see themselves represented in the fashion industry and the media. 90% of women currently do not, and this statistic is too high. Young girls and boys need to be educated and empowered to love and respect themselves and their bodies. And the older generation also need to be affected so they can spread the message of loving your body and not feel ashamed.

Lots of change is happening, how did you narrow the material down into a film?
It is very important to me that the scope of the film doesn’t get too broad or we will do the entire narrative a disservice. We talked about including celebrities or actresses and I feel strongly that at the core of everything is the fashion industry and the media so it is vitally important to me that Straight/Curve tackles this aspect of the conversation and do it justice. It’ll still be a challenge to narrow everything down into one film, believe me. 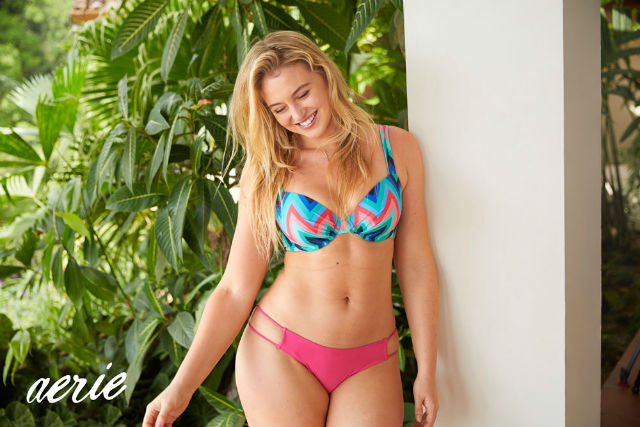 [In the coverage of this documentary,] I read a mention of how adding a size 14 would help, what else in your view is needed?
We need to open up the dialogue around women of different sizes, ages and ethnicities. We need to talk about why we are not seeing more women represented in the fashion industry or media. We need to show designers and brands that the brand will not be diluted if they use a larger woman or a different skin tone. We need to expand education in design schools and education for young people on the images they are seeing and how to disseminate this imagery. I could go on, but Straight/Curve will be a call to action and viewers will be able to see more in the film.

What were some of the reactions you got from people who saw this?
Most people have been very supportive of the film. There is a genuine need and demand for this conversation in the industry and society. The audience is absolutely behind it. Women want to see change as they are making their voices heard. Some people are still scared to entertain the idea of diversity, but we are working to change that.

What irrefutable evidence did you find that busted myths about health?
There is too much detail to go into in this article. You’ll have to watch the doc to see what we’ve uncovered on health. But the key message is that you can be fit and healthy at many sizes: a size 0/2 and a size 18. That needs to be talked about more.

The trailer comes off as very exciting. To what degree is the film optimistic?
The film is very optimistic. It is a celebration of the pioneering people in the industry affecting real change. We are not shying away from the obstacles standing in the way, but there has been a lot of amazing work done to promote diversity and that needs to be recognized.

On a personal note, did you come away feeling like people are more aware about body acceptance?
I feel people are starting to ask questions about the images we are bombarded with on a daily basis. Body acceptance is becoming less of a taboo subject matter, but it is a slow and gradual acceptance. There have been a lot of amazing achievements in the last year and I can’t wait to see where we are in another year when the film comes out.