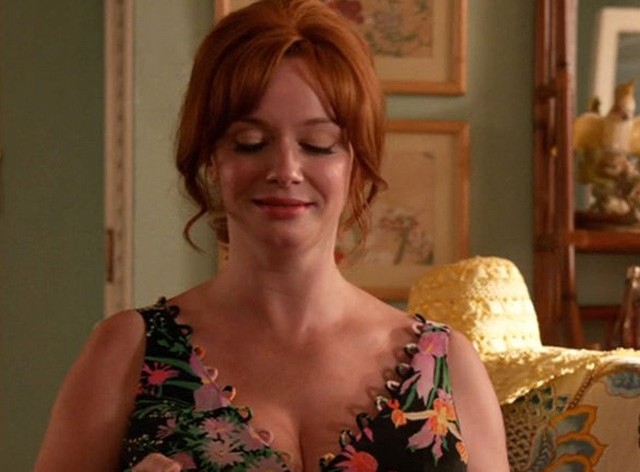 Sometimes Wearing ‘Flirty’ Summer Clothes Has Nothing to Do With Trying to Look Sexy
by Ashley Hoffman | May 24, 2016 at 11:52 AM

I spend very little time in the mirror or taking selfies, but come Memorial Day, I’ve always noticed how people take me in. In a sleeveless shirt and an unmissable bright neon lacey bralette, my double D cup size is on display more than it was in February, and it can be discomfiting because New York, but it’s also necessary.

Here’s the situation. Summer causes heat, and it makes sense to wear loose things, bright colors, you know, a summer wardrobe, instead of encasing yourself in a pool of sweat for the sake of detracting potential editorial commentary from guys you don’t know. As a curvier little lass, just because I’m inadvertently showing some cleavage in the summer, doesn’t mean I’m angling to get laid at some point in the near future.

Here’s what it does mean. It means I like the look, and it means in the summer, there’s a certain maximum amount of clothing I’m personally down to wear. I wear things because I like the fabrics, because I’m a bit a sucker for trends, and because I think they look cool. I also think doing an impression of Garth’s Foxy Lady looks cool too though so who am I to say? I don’t wear them because I’m interested in scandalizing people. Just because even if a high neck might make people gawk less (yeah right,) doesn’t mean anyone, regardless of her shape, should feel obliged to cover up.

My personal reason for wearing a visible bra in keeping with the season, is because a loose tank is comfortable, and one that provides a huge ton of coverage isn’t. It’s not that I haven’t worn something totally unbreathable for the office in the summer, because that I totally get. But at barbecues, when I’m wearing my chest out recreationally, I’ve had adult women actually laugh at the fact that yeah, I have boobage, and you can see that depending on what I’m wearing. But I’m only wearing these things to get to feel the same cool relief everyone else wants to feel in the summer.

When I pay attention to dudes on the street because I don’t have my headphones with Bob Dylan plugged into my skull, I can still see people reacting like I’m expelling an invitations for a fun pool party at my house out of my chest, and that as long as I’m dressed for summer, I will continue to look like a woman on the prowl for attention. I can accept that gawking can happen, but recently Marc Maron was making fun of women who claim they dress hot for themselves. Even if everyone assumes it’s for consumption, women can continue to dress for June. Would be peachy if summer dressing wasn’t so sexualized, but I won’t sweat it.