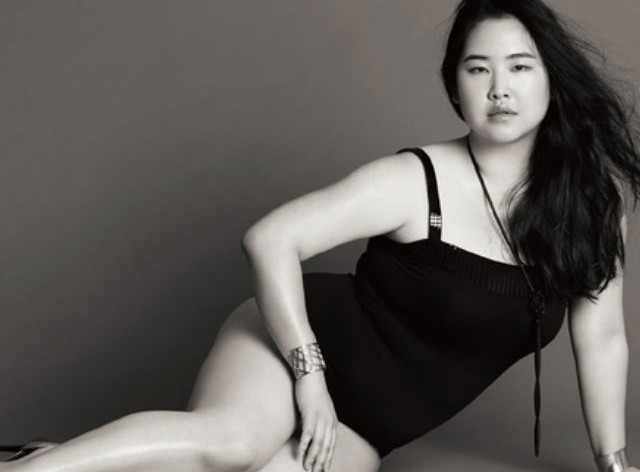 This Impressive Model Started Her Own Body Positive Publication
by Lindsay Peoples | May 24, 2016 at 7:27 PM

Kim Gee-Yang recently spoke to World Crunch about her aspirations to take on the biased notions that the beauty and fashion industry has, especially because the pressure to have plastic surgery is very normal in Korean culture.

Kim started out in modeling at the Los Angeles Full Figure Fashion week and noted, “When I was in Los Angeles, I was too skinny to do plus size modeling, but in Korea, I am just a fat woman.” Kim also commented to World Crunch about how rampant the plastic surgery trend in Korea is, and how it has made it even harder to find clothes that fit her size in Korea. She said, “I’m kind of an alien in Korea. People who are plus size in Korea, they are not interested in a social life, they don’t go shopping. They don’t want people staring at them.”

Luckily, Kim didn’t take that route of staying in and has decided to fight back, doing runway shows all over the world. And she’s started her own magazine, 66/100, which represents the maximum women and men’s clothing sizes sold in Korean stores—Kim is an 88. The motto of the magazine is “no matter what, you are beautiful” and Kim aims to give other women a shot at modeling because it’s been so hard for her to book jobs in Korea. Incredibly unfortunate that Kim has had to endure such criticism in her own home, but more power to her for fighting back and you know, being the change she wants to see.