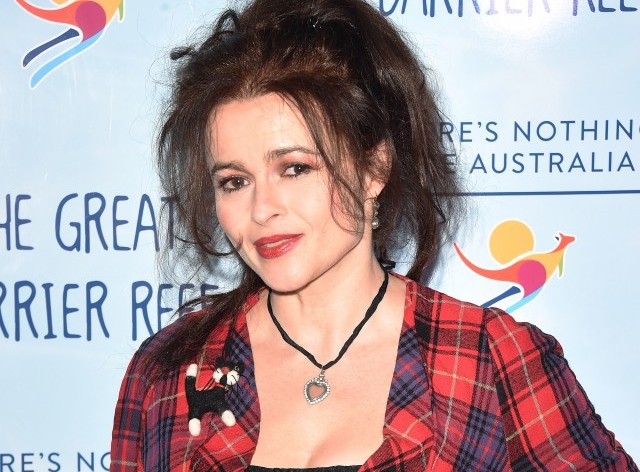 Anne Hathaway Is Another Famous Woman Questioning the Kardashian-ification of the Internet
by Ashley Hoffman | May 24, 2016 at 2:26 PM

Anne Hathaway made the news for something other than her acting skills today — it was her decision to post a meme to Instagram that was giving some good old life advice on who to be.

Anne is that Oscar winning, darkly funny human princess who will always live forever in your heart for her public service announcement on what it’s like to be a fashion intern. (Eventually you just have enough of it and you throw your phone in a Paris fountain and go enjoy Adrian Grenier’s grilled Jarlsberg,) in addition to being a Jane Austen character quite well. But she also just skillfully backpedaled after saying this: “In a World of Kardashians, Be A Helena Bonham Carter.” The post is now deleted. But here it is.

Evidently Anne just meant to celebrate Helena, not celebrate Helena AND bash the Klan known best for being skillful selfie-promoters, stacking Oreos and money. But people were upset that the message was about using one method of success versus another.

It reminds us of the indirect message posted by Pink on International Woman’s Day:

“Shout out to all of the women, across the world, using their brains, their strength, their work ethic, their talent, their ‘magic’ that they were born with, that only they possess. It may not ever bring you as much ‘attention’ or bank notes as using your body, your sex, your tits and asses, but women like you don’t need that kind of attention. In the quiet moments, you will feel something deeper than the fleeting excitement resulting from attention, you will feel something called pride and self respect. Keep on resisting the urge to cave. You’ll never have to make silly excuses for yourself.”

It’s totally possible that this had nothing to do with Kim — not everything in the world revolves around her viral statements. But it does show that there is a definite counter effort against women who rise up with babealicious pictures, which arguably give them a platform for messages that have nothing to do with appearance. But Helena doesn’t have to go the Kardashian route. What’s exploitation and what’s not is up to us all. Your choice when you’re doing you, obviously, and not every young girl needs to find the Helenas or the Kim’s of the world to be their spirit animal at all.