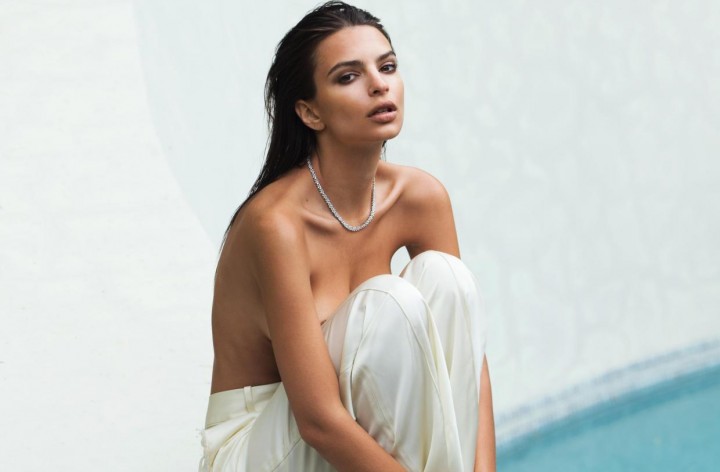 Yes, Emily Ratajkowski Deserves to Talk About How She’s More Than Someone to Ogle At
by Ashley Hoffman | May 20, 2016 at 2:21 PM

Emily Ratajkowski gave an interview, and now she is being criticized for voicing the way she felt about how people view her.

She told the Evening Standard this about coming of age, and the fun body, as David Bowie would say ch-ch-ch-ch-changes.

“I started to realize that I was being perceived differently. Basically it was more about the way that people had a problem with a girl looking like a woman because it confused them, it made them feel uncomfortable and I think there was a lot of guilt that they wanted to induce.”

Like Drake once said, “so thick that everybody else was so uncomfortable.” Anyway, it’s just a hyper self-aware woman talking honestly about how other people were taking her in at a time when she was developing. She continued, talking about, yes, similar “pretty people problems,” or just authentic feelings that Charlize Theron discussed recently.

“It’s an interesting paradox. If you’re a sexy actress it’s hard to get serious roles. You get offered the same thing they’ve seen you in. People are like sheep and they’re like ‘Oh, that’s what she does well’. What’s so dumb is that women are 50 per cent of the population and they want to spend money to see movies where they’re portrayed as three-dimensional characters.”

A woman in entertainment can do more than pretend Robin Thicke is bearable, and she would like to be one of the performers being the fully fledged characters women deserve to see, and somehow, she’s not allowed to say this?

The public is speaking up, and they feel it’s tone deaf, because the world has justifiably more pressing matters. But why can’t Emily be anything but less than #trulyblessed about her life? Cue the “woe is Emily,” statuses on Facebook.

“It drives me crazy when highly-compensated models or actors give interviews like this. Emily Ratajkowski complains about “how her looks have caused her problems throughout her life and into her career.” Really? Problems? She was “People With Money”’s top 10 highest-paid models for 2016 with an estimated $96 million in combined earnings.”

Making that bank because you’re baetacular in the way that agents and Hollywood decides is marketable does not mean you’ve found any more true happiness than other people. She simply has more to give than her appearance, even if it has won her preferential treatment.

And then there was a lot of sharing of this.

“Her struggle is heartbreaking. Forget the girls kidnapped by Boko Haram–the model who danced around naked in that song about date rape wants to discuss the difficulties of being too attractive!”

If anything comes of this, we hope that it’s that the victimized young women invoked here for “perspective” get some play. And yeah, Blurred Lines, wasn’t a great message, but she was…working? And she didn’t say she’s in need. She simply answered a questions about her look and her career. Just because she posts sexy photos, because that’s part of her work, doesn’t mean that’s the entirety of her existence. Dragging her through the mud for being truthful about the way people treat her — as someone to ogle and not to listen to — is an unfair misreading.