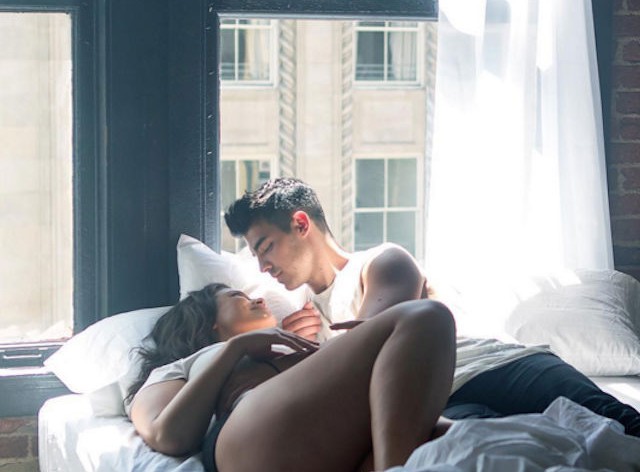 Not a Downgrade from Gigi Hadid: Ashley Graham’s Love Interest Role in the Joe Jonas Video Shows Curvy Women Are Obviously Desirable
by Lindsay Peoples | May 20, 2016 at 11:52 AM

Joe Jonas and his band DNCE teased that they would be releasing their new single ‘Toothbrush’ with an image of him and his love interest for the video. Obviously we were excited since it’s Ashley Graham playing the love interest, but haters of course had to find a reason to find something wrong with the image of a curvy woman with a this guy.

The idea that a curvy woman would be desired by a pop star who could have any woman but chose her is appalling to some small-minded people. Is it really that painful to see a curvy woman receive love and sexual attention? For some salty people yes–it’s definitely something that people weren’t expecting and had to get used to. One commentor noted that it was a downgrade for him to go from dating model Gigi Hadid to Ashley Graham and that’s just how shallow people can be these days.

Let the haters say what they want, but the song is catchy and the video has some great moments too. The song takes you through a new couple’s journey of taking their relationship to the next level, something we can all relate to. And while it’s not the first video in the history of music to feature a curvy woman as the lead, it’s important to see a curvy woman in a mainstream pop video that doesn’t have anything to do with her size, and treats her as the beautiful woman that she is.

Watch the video below to see Ashley in action and a hot and bothered kiss at the end.