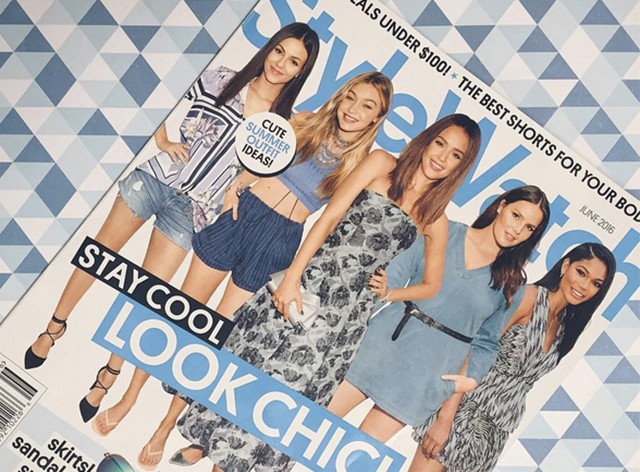 When we recently interviewed Precious Lee, she said she forward to a time when curvier models weren’t included simply because it’s that special “love your bod” issue or the special extended sizes issue.

So imagine our squeals of delight when we saw Style Watch’s June cover featuring five dope peeps — Jessica Alba, Gigi Hadid, Chanel Iman, Victoria Justice and look! It’s Candice Huffine, the most quietly determined top model ever in a light belted denim belted long sleeve by Inc International Concepts. It just shows you that a mainstream magazine recognizes that people who buy all of the denim come in all sizes, and so should the people a magazine chooses. We acknowledge that visible body diversity in magazines isn’t on the scale it needs to be yet, but this is a start. It’s an actual photo shoot, they grab shots of the stylish people when they’re out and about slaying lie Chanel Iman in that frock and sandals.

In 2010, Candice was in V magazine’s very well done Size Issue, which was a major deal for her. But we flipped through the magazine, which does always provides tips on dressing for your particular deal, and it isn’t a special anything. Bravi, bravi, bravissimo.