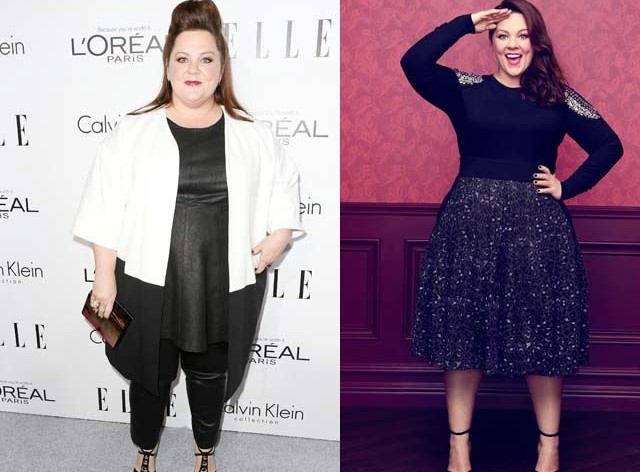 TV Should Never Pigeonhole Talented Melissa McCarthy Because of Her Size
by Lindsay Peoples | May 13, 2016 at 1:24 PM

For quite some time now, the media has struggled to find a way to define and categorize Melissa McCarthy—it’s often debated in articles if her size matters in box office sales, if she can make it in comedy without bringing up her weight, and why she isn’t as obsessed with her weight as society seems to be.

But apparently, the media and television executives are done with the struggle because last night The Inquisitr reported that they have officially cancelled her hit show Mike and Molly. While it’s surprising that they would cancel a show that brings in such good ratings, an average of 8.4 million viewers according to Fox News, rumors were already circulating that the decision was made because of conflicting opinions on the fact that she dropped a few dress sizes for her role in the new Ghostbusters movie and that her size was very much dependent on the character’s plot in the show.
(It’s not confirmed that this was the reason for the show’s cancellation.)

I was shocked and heartbroken when @CBS canceled #MikeAndMolly. I would have shot this show for 50 more years. I'll miss my 2nd family.

After six years on the air, it’s hard to believe that networks could still possibly box someone as talented as Melissa McCarthy in—and even consider one of the determining factors of her presence be her weight. Back in December, Variety speculated on the cancellation but things were thought to be reconsidered because of its popularity with viewers. And while it’s not confirmed that this prompted the cancellation, fans can’t help but speculate why a show that gets more viewers than others that were kept on like Two Broke Girls and The Good Wife is going away. Last night, on Entertainment Tonight McCarthy ended by saying, “I think now we’re just trying to get through it, but tomorrow is going to be tough.” We’re rooting for you Melissa–even if the media still can’t get on board.