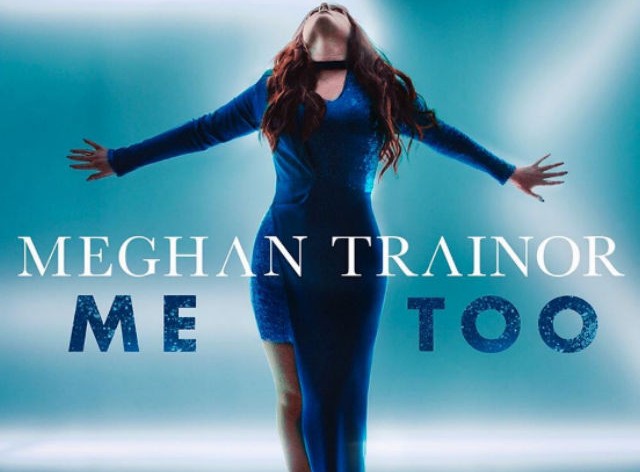 Meghan Trainor Took Down Her New Video Within Hours Because She Said They Slimmed Her Waist in Photoshop
by Lindsay Peoples | May 9, 2016 at 5:18 PM

It’s clear that Meghan Trainor is one of the few non-sample sized pop singers out there today, and she’s prided herself on having curves. She’s been vocal about hating the term “plus-size”and has made a point of not being marketed in a certain way just because of her size. She’s also stayed true to herself which is extremely admirable in such a critical world, and hasn’t changed her appearance to be what others desire which is more than commendable in today’s day and age when changing your looks is so convenient and quite casual. Consciously making the decision to like yourself in a public way is no small feat. So today, when viewers saw her new video ‘Me Too,’ they started to comment about the obvious trimming and slimming edits. And then, Meghan made a bold move and took down the video.

She immediately went to her music label and had it removed from all streaming sites and went on Snapchat telling her fans, ““Hey guys, I took down the ‘Me Too’ video because they photoshopped the crap out of me. And I’m so sick of it and I’m over it, so I took it down until they fix it. My waist is not that teeny, I had a bomb waist that night, I don’t know why they didn’t like my waist, but I didn’t approve that video and it went out for the world, so I’m embarrassed.”

What’s interesting about this is usually artists get to see videos multiple times before they air to make sure everything is perfect. No artist is spending millions of dollars on a music video, and not going through every moment with a fine tooth comb. The decision to edit anyone’s body should be their own, but it definitely brings up some questions as it was only taken down after people commented. In this day and age, social media just doesn’t allow errors like this to slip through the cracks. Though we probably won’t ever know the full story, you’ve got to give kudos to Meghan for taking it down instead of ignoring it.