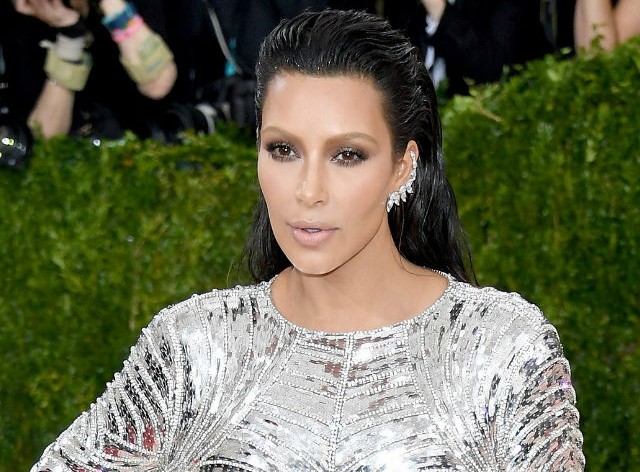 Why I Don’t Think Kim Kardashian Is Breaking Down Any Body Image Standards in Fashion
by Lindsay Peoples | May 5, 2016 at 12:45 PM

This past Monday’s Met Gala aka the Oscar’s of the fashion world was definitely interesting—lots of hits and misses without a doubt. Before the Met we made predictions of women that we wished would be in attendance, and unfortunately there wasn’t a lot of size diversity among the women who were invited this year.

So when Kanye West called into the Steve Harvey Morning Show and started to explain how he was so grateful to be one of the best dressed at the 2016 Met Gala and how his wife Kim is breaking boundaries on so many levels, I had to hear him out. He went on to say, “In fashion….designers weren’t trying to make clothes for women with shapes. And now they’re all about really embracing and empowering women.”

Thank you Vogue for making us the best dressed couple!!! THANK YOU @balmain & @olivier_rousteing for bringing us & making us the sickest looks! We love you #RobotVibes

Am I on a different planet than Kanye? Maybe he’s on some ultralight beam outer space rotation because the last time I checked, Kim’s relationship with Olivier Rousteing of Balmain has been one created virtually out of social media and made for profits. Other than Christian Siriano, there’s no red carpet designer jumping to dress curvy women. Kim has admitted to going to extreme lengths for beauty like blood facials, lasering her hairline and entire body, and botox; but whether you think Kim’s body is “real” or surgery-enhanced, she really is the exception to the rule when it comes to fashion. Where is the couture, custom-made gown for Adele, Ashley Graham, or Melissa McCarthy who regularly walk red carpets? There are plenty of designers who still don’t feel like Kim belongs in fashion because after all, she is a glorified reality star, but designers know if they dress her in comparison to other reality stars she will pay big money for it, and the amount of social media coverage they get in return could be a gamechanger for their sales.

I’m not sure if we’ve ever even witnessed a couture designer begging to dress a curvy star on the red carpet, and they still aren’t jumping to do so with Kim either—notice she wears Balmain and Givenchy in rotation most days, mainly because she’s probably been able to solidify friendships with them so they have a personal connection and a reason to dress her for events. And while Balmain has done great things in the fashion world as far as making his campaigns more diverse than the fashion house ever was, and including women of color in his runway shows, he has yet to dress a curvy woman on the red carpet. When you’re connected with the right people and have indispensable funds, you can basically buy your way into anything Kanye—that’s not changing anything for women in the real world.