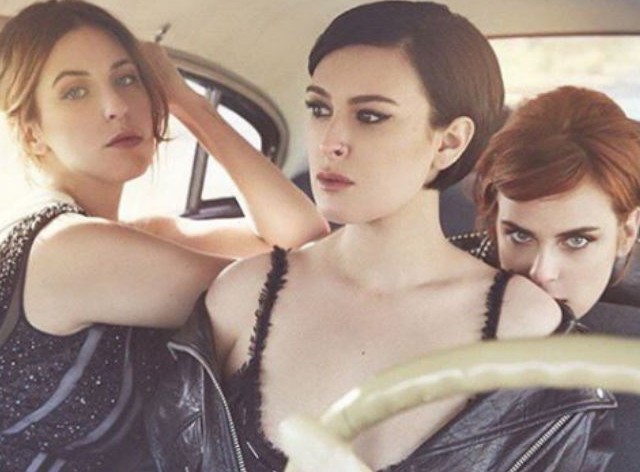 Rumer Willis Slams Photographer She Says Photoshopped Her Without Asking
by Lindsay Peoples | May 4, 2016 at 10:56 AM
Round of shots for Rumer Willis because she just responded to a photo controversy in the best way: by letting people know she actually likes the way she looks and doesn’t want any changes made, thank you very much though! This morning she posted on Instagram asking her followers not to share the photo because she didn’t agree with it. She alleges that the photographers Mark Williams and Sarah Hirakawa gave her a sleeker and smaller jawline without her permission.https://www.instagram.com/p/BE9Lc9QPhXp/?taken-by=ruelarue

What we love most about this is how Rumer was able to break it down to people as to why photoshopping is not only wrong, but extremely offensive. In her post, she explains that it’s clearly not a representation of herself, and that ultimately, changing someone’s features is a form of bullying.

The post already has over 9,000 likes with commenters cheering her on. Pushing a ‘desired aesthetic’ in publications has to stop–it only continues the cycle of body issues for women.

UPDATE: May 4, 6:18p.m. In an interview with the New York Post, photographers head dick bag in charge and whoever said, “We used a wide angle lens, and it might’ve made Rumer’s chin look smaller from the higher angle that we shot the image,” they continued. “We did correct for the optics of the lens slightly as people’s heads get distorted through the wide angle lens. We certainly did not intend to change the way she naturally looks. Our intention was to capture the special bond between Rumer and her sisters. It saddens us that Rumer feels the way she does about the image and hope she understands that there was never any intention with it to alter her appearance.”
Tags: Body Image, Body Issues, Photoshop
About the Author