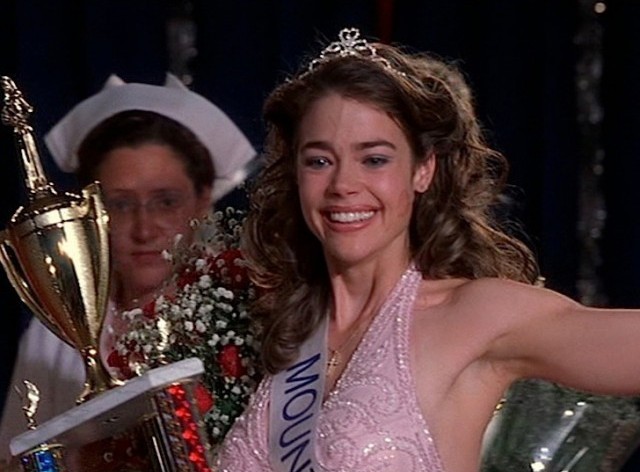 After John Oliver’s epic takedown of beauty pageant nonsense, who could know if a tiara is worth caring about? But there is one key pleasant development, they’re getting more size-inclusive. Someone cue Time Has Come Today by the Chamber Brothers.

For starters, recent second place winner Mirella Paz Baylon, came EXTREMELY close to the crown in a mainstream beauty contest. More good news: the woman who wears a larger ruched swimsuit than the average contender was the first woman of her size to get that far. And at the international Miss ‘Plus-size Beauty Pageant,’ Marvon Kardize of Zimbabwe just took the win, according to Yibaba. (There were thirteen contestants, two entries from China, and U.S. UK Angola, Gabon, Egypt, India, Portgula, Rwanda, South Africa, and Zimbabwe.)

The founder, Samantha Sibana, also from Zimbabwe strategically held the pageant there because in China, the plight of the curvier woman is especially notable. (The average woman has a pretty slim waistline so if you’re comparing yourself to the average, you can feel like an outlier.) The first runner-up was 53-year-old Gao Yiping from China, yas yas yas mature ladies slaying, and 31-year-old Tatiana Vederuikova from Russia. Everyone in the mix wore size 14 or larger evening gowns, casual and business steez for the affair. This pageant is out to change the perception that only slim women are beautiful, but of course they stress in the media, that they do “do not encourage or promote obesity.”

Alternate view on the idea that beauty pageants just promote lookism. When we spoke to pageant queen turned politico Taylor Marsh, she mentioned that feminists hate on pageants because they feel they can’t compete, and that they benefit women with scholarships and the like. More on that here.

But different body types can only make pageants slightly less corny, because who doesn’t want a sash telling the world they’re a winner for being charming? Even if you that’s not a part of your guys’s hopes and dreams and stuff, we’re here for this.