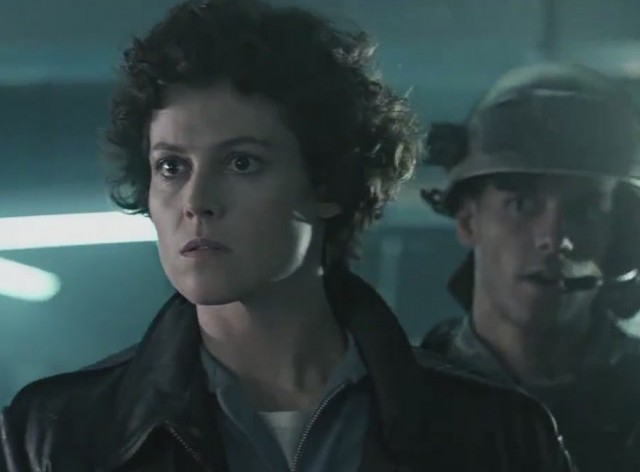 Fox breathlessly announced that they’d be releasing the first two Alien films along with Reebok shoes just yesterday. Yay! Wait, not yay for one woman.

To refresh your memory, in Alien, Ripley (Sigourney Weaver,) is the bad AF space engineer who does space things, a heroic icon of strength. In one particularly memorable showdown, she burns all the queen’s babies. (No one has ever done this recreationally.) As with all important films, there’s corresponding footwear, but a diehard fan on Reddit has written an open letter to FOX because she’s frustrated that there are no Alien shoes for women. They’re just shoes for living life or pretending you’re Ripley and killing the queen’s babies. (Kids at home: no one has actually done this recreationally.)

She has been Ripley on NUMEROUS Halloween dress-up occasions and wanted this footwear, and so she wrote this:

Today the company reaffirmed this sexism in their limited release of Alien Stompers in only men’s sizes. This is only a microcosm of the issue at hand, and you don’t need to be a fan of the Alien franchise to feel outrage and experience this discrimination.

Just a microcosm, but she’s not playing.

“I was surprised and disappointed to learn that the shoes would only be released in large men’s sizes. As women, we have so few strong female role models in cinema. Ripley was one of them. But even so, her outfit has to be changed and manipulated to cater to the male body in the 21st century.”

“I am profoundly disappointed in both Reebok and 21st Century Fox, partially due to their mishandling of the release of these collectors items, but mainly because of their apparent disregard for women and female role models in their marketing campaigns. I sincerely hope that something will be done to rectify this situation, be it a re-release of the shoes in women’s sizes (and reasonable quantities), or at least an apology.”

Reportedly, Rebook DID release women’s shoes, but less in the U.S., so she basically feels that the idea that they released only a limited supply of these shoes for women in America is weak. You know because women would never want to wear sneakers associated with their kickass sheroe and stuff. She would like them to promptly 1) include the ladies on their journey instead of deciding women would rather be wearing stilettos or something, or 2) apologize, AND she’d like you to e-mail a Fox man directly complaining about this.

Before you go, women talking about shoes, this is not that conversation.