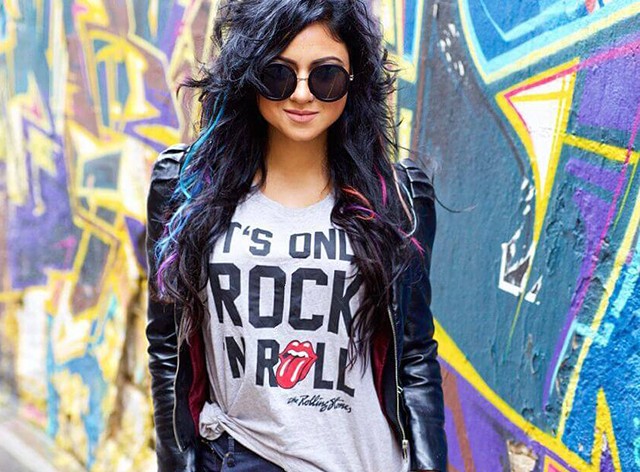 Reality Star Responds Beautifully to the Guy Who Informed Her Losing Weight Sends the Wrong Message
by Ashley Hoffman | April 22, 2016 at 1:19 PM

Priya Malik, beauty, internet user, and reality TV star lost some weight and so she caught some good old body shame from a nameless insignificant person on Twitter, who felt strongly about saying these choice words for the Australia-based Indian woman, as reported by iTimes.

“Either this is really badly Photoshopped or you have lost an insane amount of weight. Either way, it is not flattering. It sends a message that the girl who always wanted to be real (not pretend) on BB9 had turned plastic. Hope to see the real you very soon, I liked it a lot.”

Guidance, flattery, AND a vote of confidence rolled all into one. Thanks man! Because men who don’t know women love to theorize about what a woman actually looks like, and then tell them what they should do with their own health, fitness, and happiness. Why would anyone assume it’s important to air your thoughts about how the real (in the case, somewhat larger?) shape suits their preferences better?

Anyway, this story has a happy ending, because in brisk and serene Bye Felicia mode, Priya responded with this:

Thank you for body shaming me. I don’t think my weight or the loss of it contributes to real or plastic. For anything, I’d not measure someone’s realness by their body mass. You’re more than welcome to do so.